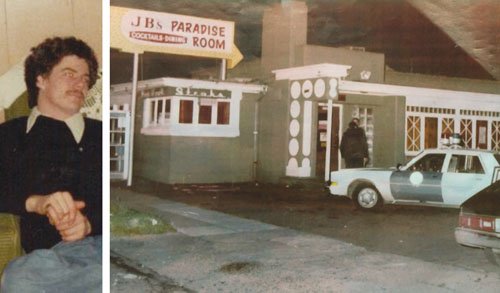 Robert Altom (left) died in 1982 after being attacked outside the former JB's Paradise Room on North Vancouver Avenue. The homicide investigation (right) is depicted in a 1982 police photo.