Back to Middle Schools

Enrollment balancing fatal for most K-8s 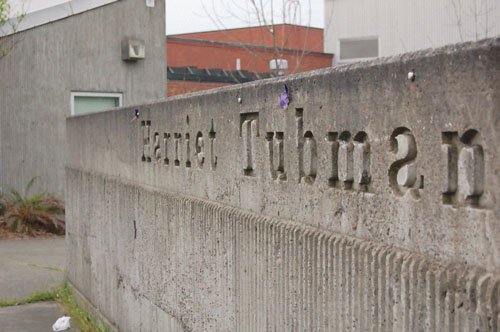 The Harriet Tubman school building in north Portland would reopen as a middle school in 2017 if a new proposal to balance district enrollment is approved next week. The building is currently a temporary location for Faubion Elementary, a northeast Portland K-8 school which is being rebuilt. Photo by Mark Washington

Portland School Superintendent Carole Smith announced Monday that she has made her recommendations to the school board for balancing enrollment across schools and reconfiguring many K-8 schools into K-5s and middle schools.

The school board will consider the proposal at a public hearing scheduled for Wednesday at 6 p.m. at district headquarters and then vote on the plan on Tuesday, April 5.

For north and northeast Portland, the proposal calls for Ockley Green once again becoming a middle school, phased in over two years. Beach, Chief Joseph, Peninsula and Woodlawn would become K-5 buildings, and students will then attend Ockley Green for middle school.

By the fall of 2017, the Harriet Tubman building in north Portland, a former middle school for girls that was closed just four years ago, would reopen as a middle school for both sexes, as would Roseway Heights in northeast Portland.

By the fall of 2018, Kellogg would reopen as a middle school in southeast Portland, and Astor would be converted to a K-5 in north Portland with its students attending George Middle School.

Several changes are also planned for the west side of Portland to relieving overcrowding at Chapman K-5 and Lincoln High School.