A Portland Leader for Racial Progress 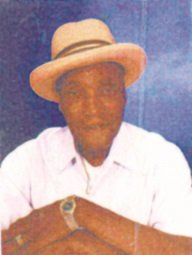 Racial progress in Portland has forever been shaped by Arthur James “Bantu” Palmer Sr., a late Portland black business owner who pushed for diversity in a city that was beset by discrimination, racked up victories in employment and voting, and brought diversity to the Rose Festival.

In every way a catalyst for change, Palmer was a land developer and builder of the Desert Hotel, founder of New Rose City Cab Company, Bantu Towing, a gas station, car repair shop and landlord to many of his neighbors. He died three years ago and May 19 will mark what would have been his 93rd birthday.

In June 1952, diversity is brought to the Portland Rose Festival when Arthur ‘Bantu’ Palmer Jr. commissions his own float to showcase young black females from the community.

Mr. Palmer’s activism was a leading force to get our community of young African-American women on the floats in the Portland Rose Festival and in the princess pageant. His efforts began by commissioning a float for the parade himself and selecting his own pick of Portland black beauties to ride the entry. The parade had never had a float with black representation until that moment—June 1952.

In addition to employing many people in the community, Palmer fought to open more work to minorities. One major victory came on the waterfront, when he organized groups of people to picket and participate in other publicity stunts. He made certain to get media coverage to demand that 15 percent of federal funds appropriated for Portland infrastructure and highways lead to minority employment and/or contracts.

Palmer pushed for voter registration and led black people to the polls. He arranged for local and national political candidates to speak with the Portland’s minority community, including Presidential candidates John F. Kennedy and Richard Nixon.

Born and raised in Florida, Palmer came from a family of sharecroppers and clergy. Determined to see the world, he joined the Merchant Marines at a young age and ventured out into the world. He fought in World War II, where he was wounded and awarded a Purple Heart.

He settled in Portland in 1950 deciding the Rose City was the place to seek the American Dream.

He began buying property and decided to build an upscale hotel to accommodate black performers when they come to Portland on tour. The Desert Hotel would not be considered luxury by today’s standards, but back then Palmer made sure it had all the amenities for celebrities to feel well pampered. And it was conveniently located near the Portland Coliseum.

As years passed, Palmer purchased more land and ran multiple businesses. His drive for prosperity was not for the sake of greed, but an earnest drive for community advancement and social improvements. Ron Herndon, Joyce Harris and scores of other community leaders and past employees remember and appreciate his strength and encouragement.

Mr. Palmer’s strong leadership was also apparent in his religious beliefs and founding of his Bantu Nations Church with meetings at the Bantu House on Sundays—next door to his residence. The Bantu members would fill the pews and come for his lessons and preaching.

In his passing, we can fully acknowledge that racial progress he worked towards in Portland has gained momentum and continues to develop.

Arthur James “Bantu” Palmer Sr. was a change agent who is not forgotten and his works continue to enrich the lives of many.