It's time for Gov. Brown to act 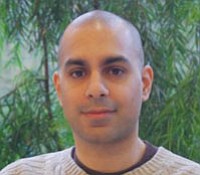 Bobbin Singh is the executive director of Oregon Justice Resource Center, a Portland-based nonprofit that promotes civil rights and dismantling systemic discrimination in the administration of justice by providing legal services, training future lawyers, and educating our community on civil liberties issues. His column “Pursuing Justice” appears exclusively in The Portland Observer.

Most Oregonians living today cannot even remember a time when our state’s death penalty was used as it was intended: To execute those deemed to have committed crimes so serious that they had forfeited their right to life.

For many decades now – in fact since the 1960s – Oregon’s death penalty has been a study in waste, confusion and a lack of leadership. While voters reinstated the death penalty in 1984, one of many changes of mind on capital punishment in Oregon, the past 32 years have seen only two executions and then only because the people condemned waived their right to appeal.

So what’s the problem with Oregon’s death penalty? Activists speak about Oregon having a death penalty “in name only” since the punishment remains on the statute books and new death sentences are occasionally issued but there’s little prospect of executions being carried out. It’s a comforting phrase that reassures us that it doesn’t matter if we continue to have capital punishment in Oregon since we’re not actually going to get down to the messy work of taking a human life in the name of the state. But it’s a delusion because despite the lack of executions, we are all paying a high price for Oregon’s death penalty.

Last week saw the joint release of an academic study on the financial cost of Oregon’s death penalty by Lewis & Clark Law School in Portland and Seattle University in Washington state. The project was funded by my organization, Oregon Justice Resource Center, because if we’ve learned anything about capital punishment in Oregon while we’ve been investigating the issue, it’s how little we really know about how it works in practice.

This is the first time anyone has given a detailed look at how much it is costing Oregonians to continue their arms-length relationship with the death penalty. Until now, we had no idea of the extent of the costs being generated by the system.

A snapshot: A death sentence costs four times, or one million dollars more than a life sentence for a comparable crime. That’s counter to the popular assumption that executions save money by putting an abrupt end to the cost of housing, feeding, and clothing someone in prison for the rest of their life. But the fact is, even if Oregon were to start executing people again, it would still be more expensive because of the massive legal costs associated with death penalty cases.

Those legal costs are generated by the tremendous amount of work required for a death penalty trial by prosecutors, defense attorneys and the courts. The years of appeals that follow add their own expense until we arrive at a situation where Oregon taxpayers are spending millions of dollars on a punishment that all those involved know is highly unlikely ever to be carried out. In the meantime, the families of the victims in these cases must see the worst event of their lives repeatedly dragged up in yet another court hearing as the years go by without a final resolution.