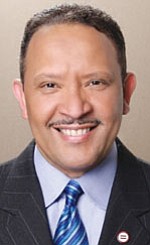 When the United States of America was born, emphasis was far greater on “States” than “United.” Citizens of the newly-formed nation identified first and foremost as “Pennsylvanians” or “Georgians,” for example, and as “Americans” only as a distant second. Our method for selecting a chief executive originally was devised to serve interests of each state, rather than each citizen.

Direct election was considered, though not seriously, and twice rejected. It can be argued that the framers of the Constitution were far more concerned about electing a qualified President than a popular one. The Committee of Eleven on Postponed Matters came up with the Electoral College as a compromise.

Today’s Electoral College would be as baffling and unforeseen to the Framers of the Constitution as Twitter or the Mars Exploration Rover.

Over the next two centuries, the United States grew to cherish democracy as an American ideal. As the right to vote was expanded and the principle of “one person one vote” overtook the nation, the justification for the Electoral College diminished. Five times the winner of the popular vote has been denied the Presidency because of the Electoral College – twice in the last 16 years.

Today, one Wyoming voter has roughly the same vote power as four New York voters. Minnesota has 22,000 more people than Colorado and one more electoral vote, while Wisconsin has 33,000 more people than Minnesota and the same number of electoral votes. According to a study conducted during the 2012 Presidential election, the candidates conducted two-thirds of their public events in September and October in just three states - Ohio, Florida, and Virginia. At the same time, the candidates failed to hold a single public event in 40 states. Overall, campaign events and advertising took place in only 12 states.

As a nation that cherishes the “one person one vote” ideal, we should find these facts offensive.

Abolishing the Electoral College would require the consent of the legislatures of the very states that benefit from this imbalance in power. In the current political climate, chances are almost nil.

However, the Constitution does not specify how each state must apportion its electoral votes. If states agreed to award their votes to the winner of the national popular vote, the anti-democratic influence of the Electoral College would be eliminated.

The National Popular Vote Interstate Compact would guarantee the Presidency to the candidate who receives the most popular votes in all 50 states and the District of Columbia. It has been enacted into law in 10 states and the District of Columbia, representing 165 electoral votes. It will take effect when enacted by states with 105 more electoral votes.

Public opinion surveys consistently find solid majorities in favor of eliminating the Electoral College. Even our current President-Elect, the most recent beneficiary of its anti-democratic effect, has called it “a disaster for a democracy.”

While the road to actual elimination appears long and fraught, eliminating its anti-democratic influence appears to be within our grasp.