A failure to make police accountable 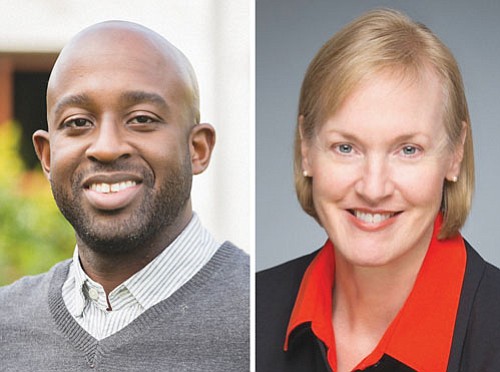 (Editor’s note: The following public letter from the City Auditor and Director of the Independent Police Review Board was sent to the Portland City Council to express concerns about the proposed Portland Police Association Contract and a draft Body Worn Camera Policy.)

The proposed contract between the city and the Portland Police Association (PPA) that was before City Council on Oct. 5 failed to address a number of issues related to police accountability that may undermine the public’s trust in the city’s ability to hold officers accountable.

The city is in the midst of conducting an overhaul of its police accountability system, which may require bargaining with the affected collective bargaining units. The proposed contract does not take accountability system changes into account. It does not address the Independent Police Review board’s ability to directly compel PPA members for administrative interviews. Out of the three city entities that conduct misconduct investigations of police officers - the Bureau of Human Resources, Internal Affairs, and the Independent Police Review - only IPR lacks the ability to compel officer interviews. Currently, IPR uses Police Bureau Internal Affairs to compel officer interviews. This interim solution does not address the city’s obligation under the Department of Justice settlement agreement, which requires that IPR be provided with the means to conduct independent investigations of police officer misconduct.

There are several provisions within the draft body-worn camera policy that may limit accountability. The provision which allows officers to view body camera recordings prior to writing a report is problematic; police reports are meant to reflect the PPA member’s own recollection of events. No provision directly addresses whether members would be allowed to view or listen to recordings prior to administrative interviews. Sections 9.2 - 9.4, with the provision barring random reviewing of recordings, would potentially limit the Police Bureau from auditing how police officers are utilizing body cameras. It would also limit IPR’s ability to engage in its role to monitor the Police Bureau and provide policy recommendations. The draft policy does not state that IPR is allowed to view body worn camera footage; this deficiency may be inadvertent, as IPR is given the authority to tag recordings for internal investigation. Under the draft policy, IPR’s ability to have access to and utilize body camera footage is ambiguous at best, and could lead to unforeseen consequences that undermine IPR’s ability to provide independent oversight of Police Bureau.

To its credit, the proposed contract does remove the 48-hour restriction on interviewing officers in administrative investigations. The Auditor’s Office has consistently maintained that the 48-hour rule undermined the community’s faith in the city’s police accountability system. In officer-involved shootings, outside experts hired by the city have noted that delays in obtaining contemporaneous officer accounts of critical incidents have led to lengthy investigations and diminished community confidence.

A significant overarching concern is that the proposed collective bargaining agreement was negotiated with no notice to community stakeholders, in a break with previous contract negotiations. IPR was not notified that the city was engaged in collective bargaining with the PPA, and the city did not request IPR input. We are concerned that the veil of secrecy that has enveloped the proposed contract and its creation stands to do long-term harm to the city’s efforts to build a stronger police accountability system.

We recommend that Council delay action on the proposed PPA contract until the issues discussed above can be addressed. The current collective bargaining agreement is not scheduled to expire until June 30. Given the window of opportunity, enough time remains to craft a proposed contract that is informed by a more public process.

Mary Hull Caballero is the City Auditor and Constantin Severe is the director of Portland’s Independent Police Review Board.