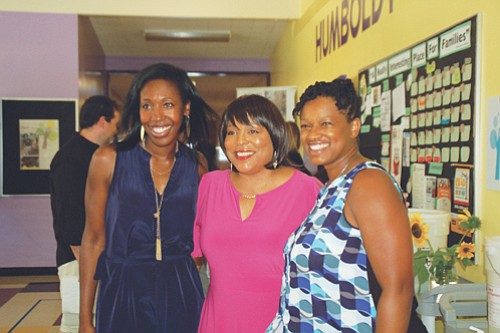 Festivities kicked off with a tour of the school garden, which is maintained by students and teachers with heritage seeds from student family members.

Commissioner Smith and executive director Kali Thorne Ladd shared a few well chosen words on their pride for the students and school's all around growth and success in half a decade. A young student named Patience, however, stole the show by warmly telling the crowd of 30 or more people why the garden is special place for her and her peers and how much she is enjoying her academic career.