The pain behind opioid abuse 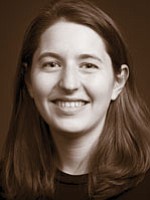 Donald Trump recently declared the opioid epidemic a national public health emergency. At first I thought, is this the first time I approve of something Trump has done?

Alas, no. And here’s why: Nine years ago, I lost my brother to a heroin overdose.

My brother and I each grew up suffering trauma, and it profoundly affected each of our lives. For my brother’s part, he dealt with his unbearable pain by using drugs. He died before he could get help.

In my case, I shut down, lost my imagination, cut off my ability to feel both emotions and physical sensations, and lost my ability to have close intimate relationships with others, whether platonic or romantic. I’ve suffered daily migraines for 23 years now.

I went to doctor after doctor for my migraines, tried 20 different prescription drugs, mental health counseling, Botox injections, and more.

There are just two drugs that help my migraines: opioids and medical marijuana.

Until recently, my only option was the opioids, which I get legally from a doctor’s prescription. This is how many people get addicted.

Since I’m in pain every day, I can see how someone could get hooked. If I had popped a pill every time I had a migraine instead of rationing out my meds, I could’ve been one of the unlucky ones too.

Fortunately, I’ve gotten medical marijuana in the last few months, and it’s changed my life. I use it legally and responsibly. I don’t drive or work while using it. Now I can get pain relief as needed without worrying about forming a life-ending addiction.

My brother used marijuana too, but he lacked the option to use it legally. Instead, he was arrested for it, which didn’t improve things for him.

In my decades of going to primary care doctors, neurologists, and even psychologists, nobody noticed my trauma. My brother suffered on his own too.

If we want to get serious about the opioid epidemic, we need to increase the availability of mental health help in a big way. We should have more counselors in schools, and we should train teachers to be more sensitive to and aware of children suffering from trauma, and doctors to be more aware of it in patients.

Importantly, we should also decriminalize marijuana throughout the nation and get serious about medical research on the drug. When the alternative for many is opioids, there’s simply no excuse to maintain the prohibition on pot.

Meanwhile, we must keep funding Medicaid, so that the most vulnerable Americans have access to medical care too — including addiction treatment, which barely one in 10 addicts gets.

But what does Trump say? Build his wall.

Trump’s right about the problem, but dead wrong about the solution.

OtherWords columnist Jill Richardson is the author of Recipe for America: Why Our Food System Is Broken and What We Can Do to Fix It.