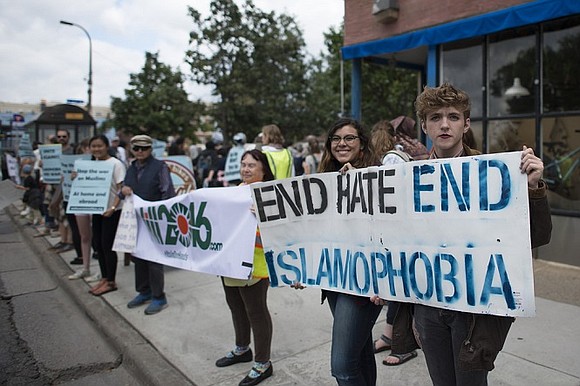 Now that hate crimes are on the rise, minorities suffer the most. Although they have affected all minorities, the spike has been obvious against Muslims, Jews and LGBTQ communities in 13 major US cities including New York, Los Angeles, and Phoenix.

A national survey by the U.S. Bureau of Justice Statistics found that between 2004 and 2015, there were likely a staggering 250,000 hate crimes each year in the country, the majority of which go unreported to police. If no change takes place, then our nation will continue to suffer the loss of its young men and women.

Within 10 days of elections earlier this year, the Southern Poverty Law Center tracked 900 bias-related incidents against minorities. In 2016, the year of the presidential campaign, in what some analysts call the visible tip of the iceberg of hate, the FBI reported more than 6,000 such incidents. Only a few of them of them resulted in conviction and reporting was agency-voluntary with at least 2,000 police bureau’s submitting no information.

One of the scariest days in modern US history was the white supremacist event on Aug. 12h with protestors chanting “white lives matter” and “blood and soil”. A speeding car rammed into anti-racist protestors the second day of the event killing 32-year-old Heather Heyer and injuring19 others. Two state troopers were killed upon a helicopter crash and the city of Charlottesville declared a state of emergency.

What is needed is empowering young adults with education, resources and the tools necessary to make the change which is overdue. By empowering them and providing them with knowledge, we are eliminating bigotry and hatred as we teach and take leadership in our communities and use these incidents as teachable moments.

We can teach our neighbors, our classmates and our families what it means to be different and eliminate fear. We can replace violence with peace and bring justice too many if directed in the right direction.

Momentum Alliance is an organization that empowers as well as prepares youth of all races and ethnicities to realize their strengths and mentors youth to become the future’s social justice leaders. Some of the practices taught at the organization are: “Diversify decision-making in the public, private and nonprofit sectors; alter relations of power; and make systems more equitable, demonstrate effective, ethical leadership and ally ship, take collective action and impact individual, cultural, political and systems change.”

It’s time for all young men and women in this country to learn how to make a difference in someone’s life. Together we can prevent 250,000 incidents from being repeated or a loved one from becoming another statistic.

Let’s replace hate with action and knowledge instead. Knowledge is power and the more knowledge we have the better we can help as well as protect ourselves and everyone around us from bigotry.

You can make a difference. You can change laws. Contact MomentumAlliance.org for more information about their free summer camps along with other resources available to help you become tomorrow’s leader.

The time for change is now. Every day that goes by without a change is another day of hate crimes being committed.