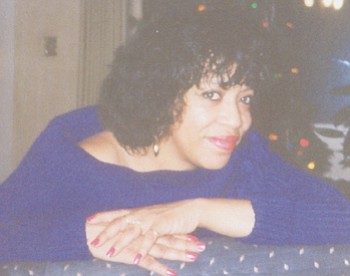 Gracie Gage was born on Sept, 17th 1958, in Hartford, Conn. to Gracie and Alfred Gage. Her father considered her so precious that he called her “The Princess,” a nickname she wore proudly throughout her life.

She was 2 years old when her mom and siblings moved to Portland, where she would go on to graduate from Martin Luther King Jr. Elementary and Jefferson High school. Her school friendships were lasting and many remained as “best friends” throughout her life.

She had a natural talent for art. Her creative abilities were often expressed through her love of fashion. She would find fashion materials and ideas at the “Goodwill” where she would take items and redesign them. She once said she wanted to star in a Goodwill fashion reality show and bring on folks for a role who treated her really nice.

She possessed an entrepreneurial spirit, finding business opportunity in the simplest of endeavors. She maintained a small business that produced business cards, greeting cards and letter head. She was able to hire a part-time person to work with her, which she referred to as her staff.

She spent a number of years working in the field of addiction recovery. In the early 2000’s she went to work for Central City Concern, where she started as an entry level care facilitator and worked her way become a manager of care facilitators.

Her upbeat and contagious personality touched all that knew her. To know Princess was to know optimism, joy and laughter. Though she had no biological children of her own, she had an incredible sense of “mother’s intuition” and would take care of most children that she met as though they were her own.

She spent the final year of her life close to family, doing what she had come to love more than anything, watching old movies and creating fashion ideas. She will be remembered for her incredible heart, wonderful sense of humor and love of her family.

She was preceded in death by her mother Gracie Knapper, step father Willie Knapper, biological father Alfred Gage, and sister Ethel Lou Hudson. She is survived by her brothers Johnnie Alfred Gage and Johnnie Will Gage of Portland, sisters LaJoyce Polk of Atlanta; and Alfreda Richard, Arvette Davis and Dorothy Richardson, all of Portland; aunt Sarah Warren; and many nieces, nephews, cousins and a host of relatives and friends.