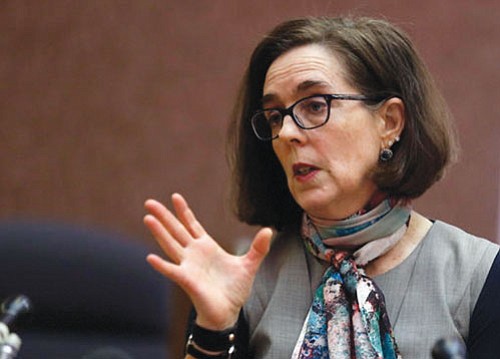 Oregon Gov. Kate Brown has signed an executive order to solidify the state’s status as a sanctuary state forbidding state cooperation with federal immigration authorities when the only crime being pursued is for being in the country without proper documentation.

The action makes clear that state agencies and state employees will uphold Oregon’s values of nondiscrimination and inclusiveness, Brown said. It forbids using state and local resources to discriminate based on immigration status; and forbids state agencies from using public resources to help create a religious registry.

Brown issued the order on Thursday, a few days after President Trump’s executive order banning most travelers from seven majority-Muslim countries from entering the U.S. and stopping all refugees from entering the country for 120 days and from Syria indefinitely.

Oregon pioneered statewide sanctuary status in a 1987 law when immigrant workers and their families were sometimes housed in appalling conditions despite their importance to agricultural profits.

Brown said she will enforce that law, including taking legal action if the Trump Administration tries to withhold federal funding as leverage.

The law means immigrants can go to police when they are a victim of a crime or witness one, without fearing deportation, said Jann Carson, associate director of the ACLU of Oregon. "The biggest result is that Oregon police have not participated in INS, now ICE, raids on migrant farms, apartment buildings, roadblocks."

"We're not going to hassle people that want to make a living and are contributing to our economy," he said, choking up with emotion. "They have a very strong work ethic. They have commitment to faith and to family. Those are the families we cherish, embrace and welcome."

Associated Press contributed to this report.