Crossing Barriers to Emerge a Legend 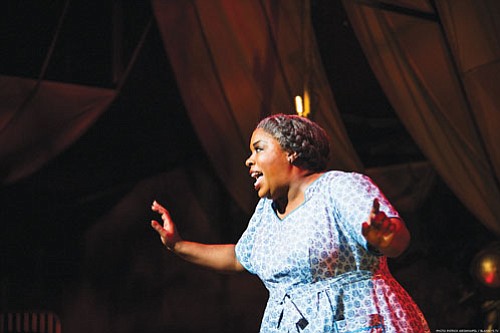 Photo by Patrick Weishampel/blankeye.tv Maiesha McQueen as Ethel Waters in "His Eye is on the Sparrow" a stirring one-woman musical that celebrates the life of a groundbreaking Vaudeville performer who broke racial barriers to emerge as a Broadway and Hollywood star. Now playing at The Armory, downtown.