‘Maya Angelou: And Still I Rise’ 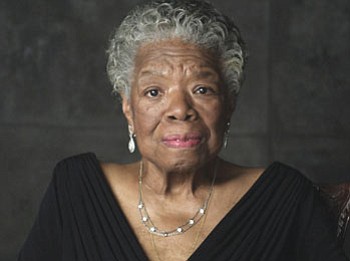 Maya Angelou poses for a portrait photo in 2011. The first feature documentary on the author and activist ‘”Maya Angelou: And Still I Rise,’ will be broadcast Tuesday, Feb. 21 at 8 p.m. on OPB Channel 10.

Distinctly referred to as “a redwood tree, with deep roots in American culture,” the late Maya Angelou led a prolific life. As a singer, dancer, activist, poet and writer, she inspired generations with lyrical modern African-American thought that pushed boundaries. Best known for her autobiography “I Know Why the Caged Bird Sings,” she gave people the freedom to think about their history in a way they never had before.

With unprecedented access, the filmmakers trace Dr. Angelou’s incredible journey, shedding light on the untold aspects of her life through never-before-seen footage, rare archival photographs and videos and her own words. From her upbringing in the Depression-era South and her early performing career to her work with Malcolm X in Ghana and her many writing successes, including her inaugural poem for President Bill Clinton, the documentary reveals hidden facets of her life during some of America’s most defining moments.