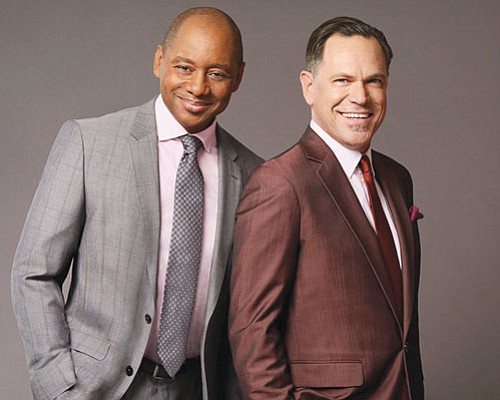 Photo by Palma Kolansky Jazz greats Branford Marsalis and Kurt Elling will kick off the PDX Jazz Fest, a series of headline concerts at venues throughout Portland which celebrate Black History Month.

The PDX Jazz Fest which celebrates Black History Month in partnership with Travel Portland and sponsored by Biamp begins this week with nearly 30 concerts planned over the next two weeks at venues throughout the Portland metro region with dozens of associated partner events taking place as well.

The pairing of Jazz Master and Grammy Award-winning saxophonist Branford Marsalis with Grammy-winning vocalist Kurt Elling will kick off the festival on Thursday, Feb. 16 at the Newmark Theater, downtown.

The legacy of jazz icons Dizzy Gillespie and Thelonious Monk in what would have been the year of their 100th birthday will be manifested in the world premiere of Portland Jazz Master Mel Brown's Big Band featuring Jon Faddis on lead trumpet in a program entitled “Groovin' High: Celebrating Dizzy Gillespie @ 100.”

For more details on all the PDX Jazz Festival events, visit pdxjazz.com.