A sampling of films worth watching at PIFF 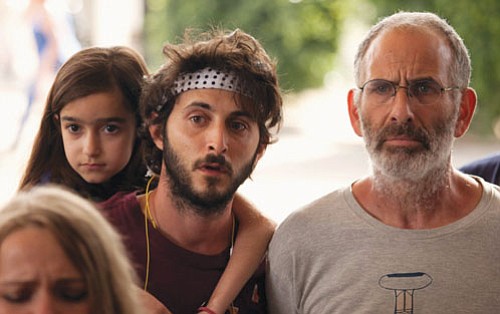 The sense of disorientation and anger that can follow the loss of a loved one is thoughtfully depicted in ‘One Week and a Day,’ one of the dozens of screenings to see this month at the Portland International Film Festival (PIFF).

The first few days of regular and preview screenings at the Portland International Film Festival (PIFF) have included some films you can still catch as the festival unfolds over the next two weeks.

My favorite of this batch was "One Week and a Day," a gem of a film whose depth is likely to missed by people who have not had a major grief experience. It follows the last day of the seven-day period in which the Israeli couple at its center sits shiva following the death of their 25-year-old son, and then the day after. With a surprisingly light touch, the film deftly demonstrates how artificial everything seems after a major loss -- what really is the difference, for example, between day seven and day eight following the death of one's beloved child? Israeli-American Asaph Polonsky, directing his first feature, has captured well the sense of disorientation that follows such a loss, the anger at offers of sympathy that feel dishonest or insincere or patronizing, the emptiness and impossibility of one's usual routines. Beautifully acted and starring an actor who has been described as the Larry David of Israel, this is as humane a depiction of grief as I have seen. You can see it on Feb. 19 or Feb. 22.

The latest movie remake of the beloved children's book "Heidi" is bracing and delightful. This German-Swiss production has the benefit of a particularly wonderful young actress in the title role, the reliable Bruno Ganz as the initially gruff grandfather whom she wins over, and the gorgeous Alpine setting at the beginning and end of the film. I was genuinely moved by the film's attention to Heidi's genuine spirit that fights to be free, and by the two kind grandparents who nurture her into being against the blindness of others. This film was a big hit in Europe and is delightful for all ages, particularly children old enough to read the subtitles. You can catch its second showing on Feb. 20.

"Louise By The Shore" is a languorous animated film about an elderly lady who ends up stranded alone at the seaside village where she spends her summers after she misses the final train out. Definitely not meant for children, the film is instead more of an occasion for poetic reverie, inviting viewers to savor Louise's resourcefulness in fending for herself and the beautiful rendering of her seaside surroundings, and to sit with Louise's dawning realization that no one misses her at home, her shifts from resignation to satisfaction to sadness, and her recovery of memories of her childhood spent in the same area. The plot is thin but this film nevertheless has its pleasures as a reverie about old age and death. It plays again on Feb. 18.

"The Death of Louis XIV," though accessible, is definitely only aimed at the limited art-house audience with an interest in spending two hours watching a very carefully rendered depiction of the last two agonizing weeks in the life of the Sun King. Revealing the king surrounded by doctors with no clue of how to help him, this depiction of the state of royal life and of death as the great equalizer faithfully recreates accounts of life in Louis's court and the circumstances of his final illness. From a historical standpoint, it is actually consistently interesting, provided you find the history of this time and place and the chance to watch a slow royal death in 1715 interesting. It plays again on Feb. 17.

I did not believe one minute of "The Son of Joseph," and not merely because of its stilted, mannered dialogue and filming style. Its director, Eugéne Green (an American-expatriate who lives and works in France), is known for his languorous stylistic choices, and this film involves a deliberately obvious (and, to my mind, clumsy) modern nativity story. But it is possible to do a heavily stylized story that rings with emotional truth; this one doesn't, though other critics seem to feel admiration that I didn't experience. It plays again on Feb. 18.

You can purchase advance tickets for PIFF at the Portland Art Museum or at nwfilm.org. The festival runs until Feb. 25.