A Clown for a Cause 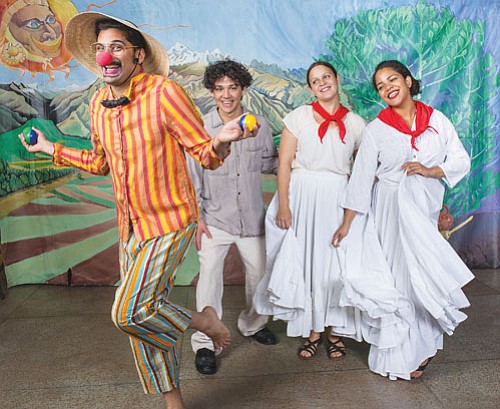 The Latino arts and cultural center Milagro presents the world premiere of El Payaso, a play born from the incredible story of the late Ben Linder, an engineer and clown for a cause whose memory lives on in the work of Clowns without Borders. Russell J. Young

Amidst chaos, confusion and war, Ben Linder, an American engineer and clown for a cause worked to bring electricity to rural villages in Nicaragua 30 years ago. He participated in rallies and health campaigns that brought vaccines to children. El Payaso is told through the eyes of Elías, a Latino college student who encounters people who are still carrying on Linder’s work.

Linder was killed by Contras in Nicaragua in 1987 but his memory lives on in the work of Clowns without Borders and various environmental groups that are collaborating to bring his story to life.

With red noses and humor, El Payaso shares the value of “thinking globally, while acting locally."