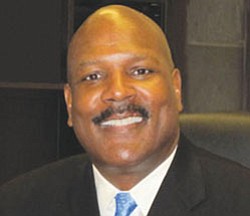 One of the oldest African American congregations in the state, the Vancouver Avenue First Baptist Church, will host people of faith from across the state this weekend to honor of the late civil rights leader Dr. Rev. Martin Luther King Jr.

The two-day commemoration of Dr. King’s work for justice, peace and righteousness will begin Saturday, Jan. 14 with a noon luncheon in the church fellowship hall to honor students and community members who live their lives in the drum major spirit of King; and conclude with the annual Drum Major Awards and Ecumenical Service on Sunday, Jan. 15, from 2 p.m. to 4 p.m. in the church’s main sanctuary, 3138 N. Vancouver Ave.

Pastor J.W. Matt Hennessee will lead the service. Pastor E.D. Mondainé will sing the African American National Anthem, and Gov. Kate Brown and new Mayor Ted Wheeler will share a few brief words. A special focus will be a panel discussion, “Where do we go from here,” led by moderator Bill Deiz.

It has a been a tradition at the Drum Major celebration for a keynote speaker to address the congregation, but when Pastor Hennessee saw the fears, anger and sadness which have risen in the community since the recent presidential election, he decided to address them with a panel of speakers to cover a diverse cross section of community and city leaders.

Vancouver Avenue First Baptist Church has a rich history of its active role in the Civil Rights Movement, including hosting historic leaders like Dr. King, Ralph Wilkins and Congressman John Lewis. Pastor Hennessee was a godson to the late Coretta Scott King.

Vancouver Avenue First Baptist’s MLK celebrations are free and open to the public. A seat reservation, however, is recommended by calling the church at 503-282-9496. Donations are encouraged and will be applied towards future scholarships.