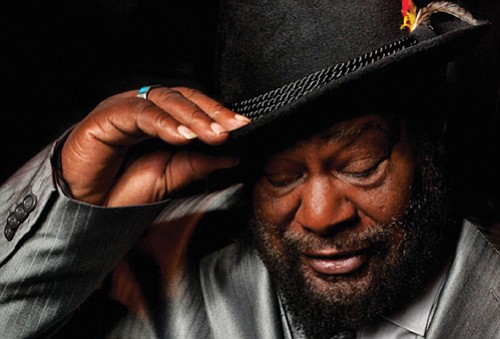 George Clinton, one of the foremost innovators of funk music, and the mastermind behind the bands Parliament and Funkadelic, comes to Portland for a performance on Sunday, July 30 at 8 p.m. at the Crystal Ballroom, downtown.

Clinton started his career with the Parliaments, a barbershop doo-wop ensemble, which scored a major hit with "I Wanna Testify" in 1967. He then began experimenting with harmonies, melody, and rhythm, and taking cues from the psychedelic movement, forever setting himself apart from the Motown era.

By the early 1970s, the group's tight songs evolved into sprawling jams around funky rhythms. They dropped the "s" from the band name and Parliament was born. Around the same time, Clinton spawned Funkadelic, a rock group which fused psychedelic guitar distortion, bizarre sound effects, and cosmological rants with danceable beats and booming bass lines.

Clinton has become recognized as the godfather of modern urban music, saying, “funk is the DNA of hip-hop and rap.”