Whitest and Arguably One of the Most Racist:

The tale of two Portlands 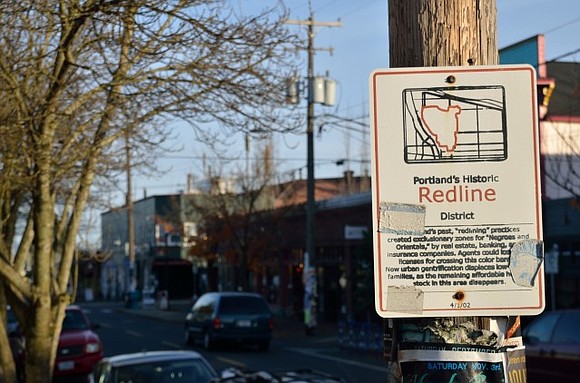 Portland, Oregon, known for its rainy weather, award-winning restaurants, hipsters, and all things Pacific Northwest, hides a very dark secret in plain sight – Portland, Oregon, is the whitest, and arguably, one of the most racist cities in America.

Growing up in Seattle, Portland has always been a second home to me. I first moved to Portland for college, and I have bounced between living in Portland and other cities over the last 20 years. Due to neighborhood gentrification, the systematic displacement of African-Americans in North and Northeast Portland, and a severe lack of affordable housing options, when my family and I decided to move back to Oregon in 2015, we settled approximately 40 minutes outside of the city, in a small town with rent we could actually afford. It was clear that the Portland I knew had changed…a lot.

On Friday, March 26, 2017, an American terrorist, killed two men and injured one, as they intervened to stop his hateful verbal attack on two teenage girls, one wearing a hijab.

While many in our community were shocked by what happened, some were not - for some Portlanders, specifically communities of color, prejudice, bias, racism, microagressions, and verbal and physical assaults are nothing new in the city that prides itself on its “progression.”

Portland has a deep history of racism, from 1859 legislation forbidding Blacks from living in the state, to urban renewal plans that led to thousands of African Americans losing their homes, to the enormous wage and homeownership gaps that continue to grow, Portland, Oregon has always been a place where people of color have been marginalized, and in some cases victimized, by the acts and decisions of white Portland.

While most racist encounters are not as overt as the tragedy that took place on that Friday afternoon, racism is still very much alive in Portland, hiding in plain sight largely as racially discriminatory policies and practices.

Portland, a city that promotes itself as progressive and inclusive, has allowed itself to endorse policies that have systematically oppressed communities of color and bolstered white supremacy for generations. The only difference now is that the disparate treatment and oppression of people of color is no longer hidden in Portland, as racist feel emboldened to express their hatred like never before.

Tai Harden-Moore, JD is a Portland-based writer and advocate. She graduated from Florida A&M University College of Law.