A story to open hearts and minds 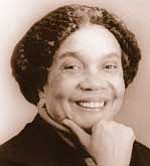 Everyone should watch the film “Moonlight,” the film that won for Best Picture at the Academy Awards. Why? Because it’s a very powerful story of a poor black boy’s struggles to reach adulthood with countless odds stacked against him. Because it’s a relatable story for children and youth struggling to make it to adulthood without being derailed by sexual orientation, violence and drugs. Because it’s my or your story if we faced perilous hurdles to survive, learn in school and have a safe place to sleep at night. Because it’s a too common American story — one not everyone wants to tell and too few want or are ready to hear and do anything about.

Moonlight is not only a moving coming of age story but much more. It’s a window into the terrors bred by pervasive structural poverty and racism in our boastfully rich and still unequal nation. It is also a story about homophobia and the struggle of gay children to grow up in the midst of that fear. It is the story of strength despite daily threats petrifying a skinny, dreamy, scruffy-looking eight-year old who can hardly understand all the harsh realities he faces and how he will overcome them alone. It’s a painful story marked by parental neglect, abuse, fear, and despair.

Yet Moonlight is not a sad story but one of hope, of resilience, love, redemption, and second chances. It’s a story that frees all Americans to lift our veils of convenient ignorance and scorn for gay black boys and children, youths and adults who face terrible choices struggling to survive and grow up all across America. That so many do with their bodies and humanity not in complete tatters is an example of fierce will and human resilience.

When my husband and I saw and discussed this brutally honest portrayal of a young, poor, gay black boy struggling to grow up in Miami’s Liberty City, we decided to go back to see and experience it again. For me it brought back a flood of memories growing up as a black girl in a small South Carolina town and time when Jim Crow and homophobia reigned but before drugs saturated and poisoned our nation.

Most black children back then were surrounded by caring black adults in our close-knit community and faith congregations who buffered us against the segregated and hostile outside world that told us we weren’t worth much or were different or inferior because of our skin color. But there were a small group of black children and adults who were pariahs and shunned by many in the black community — labeled “sissies” or “faggots” or bad people. Some gossiped about and excluded them as abnormal because they were gay and treated them as “others” which too many still do in our nation.

Although we have seen a sea change in protections for the LGBTQ community we must finish the struggle, and accept and respect and protect all children regardless of their race, sex, disability or sexual orientation. Like Moonlight’s Chiron, countless children still are being “othered” by too many leaders, schools, faith congregations, communities and politicians who refuse to accept, often bully, ostracize or discriminate against them. Moonlight captures the impact of the soul-scarring experience of being bullied and the hidden layers of pain a child born poor and black and gay often endures. I hope Moonlight makes all of us see ourselves and our children in Chiron and so many like him.

The film captures the despair of our vulnerable child pariahs grappling not only with their sexual preferences on top of their compounded daily burdens of racism, poverty, parental drug addiction, and violence. Moonlight does not sensationalize Chiron’s life, play with audience emotions, or make a political statement. Instead it allows his story to unfold from boyhood to manhood with a powerful simplicity in many scenes requiring no dialogue. How wonderful to see Chiron finding moments of revelation and joy amidst neglect, abuse and torment at home and school. How sad that he became a drug dealer as an adult after seeing drugs ravish his own mother and that his mother’s drug dealer and girlfriend were his lifelines of survival. Chiron grows up to sell drugs too because it is one of the only pathways he sees as available to him — a tragic story that plays out daily for so many poor black boys who end up in prison or dead because equal education and jobs don’t exist and all the odds are stacked against them in our economically rich but spiritually anemic nation.

Moonlight’s director Barry Jenkins and screenwriter Tarell McCraney grew up in the same Liberty City neighborhood in Miami as the boy in the film. They were able to capture and share this extraordinary story of struggle towards manhood for the many fragile and invisible children like Chiron still there struggling daily to survive and reach adulthood in our too heedless nation. Moonlight opens our eyes and hearts. I hope more serious moving films will continue to open our eyes and hearts to our country’s past and present child abuse and neglect and move us to affirm the humanity of all our children and their right to a fair chance to grow up safely and hopeful.

Marian Wright Edelman is president of the Children’s Defense Fund.