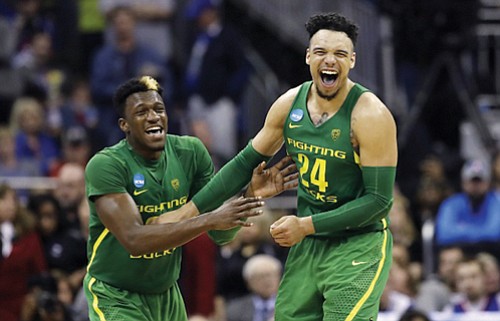 Oregon faces North Carolina in the NCAA tournament Saturday, the first trip to the Final Four for the U of O since 1939 when Oregon won college’s first national basketball championship. The semifinals game is set for tipoff at 5:49 p.m. PDT, following the other Final Four matchup, pitting Gonzaga against South Carolina which is scheduled to start at 3:09 p.m. Both games will be broadcast on CBS TV.