The Rising Scourge of Voter Suppression

A call to action by the NAACP 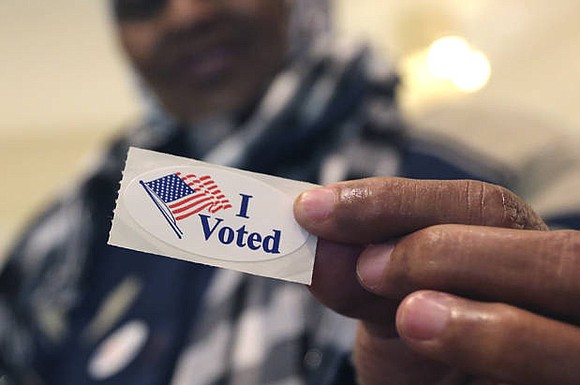 On the 52nd anniversary of the Selma to Montgomery march, the NAACP is sending a letter to all governors, attorneys general and secretaries of state across the nation regarding what it sees as the unaddressed and expanding issue of politically rampant and civically repugnant voter suppression.

Our epistle of democracy is being sent in the spirit of Selma and is symbolically signed with the blood, sweat, and tears of American martyrs and the foot soldiers of the movement. In coming days, our message will be consecrated with more resistance, more civil disobedience, as well as more advocacy in the courts and community. In the name of millions of disenfranchised citizens and our imperiled democracy and in honor of those who gave their lives working to ensure full voting rights, we call on our public servants to do the following:

Strongly and publicly support the “Voter Empowerment Act” when it is reintroduced in the U.S. House of Representatives, and call upon your state’s federal representatives to provide strong support for the bill. The Voter Empowerment Act would modernize voting procedures throughout the United States, requiring automatic registration of eligible voters, making it easier for citizens to cast their ballots, and making voter intimidation in federal elections a criminal offense. This bill deserves the strong support of anyone who truly cares about improving the level of civic participation in this nation.

Strongly and publicly support the “Voting Rights Advancement Act” when it is reintroduced in the U.S. Senate, and call upon your federal representatives to become original cosponsors of the bill. The Voting Rights Advancement Act would restore critically-needed voting protections by requiring preclearance for voting changes introduced in states with a recent history of voter suppression. This would reduce the need for litigation to enforce voting protections and would avoid the embarrassment of federal court decisions finding that state actors intentionally engaged in voter suppression directed at vulnerable populations.

Call upon President Trump to disband his task force on so-called “voter fraud” and to replace it with a task force on reducing voter suppression. As noted above, there is no evidence that voter fraud is a problem warranting the expenditure of public resources on a White House task force. On the other hand, voter suppression is a very real problem, as many recent court decisions have shown. President Trump simply must “get over” the fact that he lost the popular vote and focus on the real problems in our electoral system – low participation and voter suppression.

Promptly report voter suppression efforts in your state to the Civil Rights Division at the U.S. Department of Justice, to the U.S. Attorney in the relevant judicial district, and to the NAACP’s Office of General Counsel (legal@naacpnet.org; 410-580-5790. Absent a preclearance regime, organizations resisting voter suppression efforts must have as much notice as possible in order to challenge such measures before they go into effect. The NAACP’s legal team stands ready to receive your reports.

Founded in 1909, the NAACP is the nation's oldest and largest nonpartisan civil rights organization.