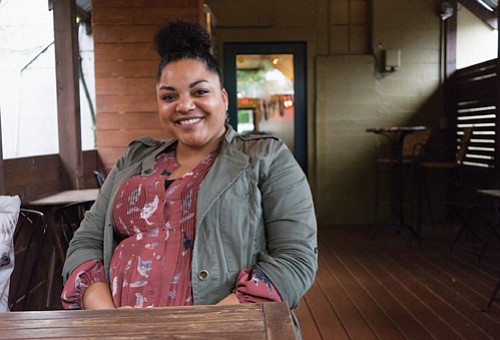 Jamila Singleton Munson runs for the Portland School Board to bring more collaborative leadership to the panel and to support equitable policies and procedures that will decrease disparities between students. Zachary Senn/The Portland Observer

A homegrown candidate for the Portland School Board is promoting her experience in education and pledging a new type of collaborate leadership in a campaign for election in the upcoming May 16 vote-by-mail election.

No incumbents will stand in this year’s Portland School Board races which will see the election of three new board members to the seven-member panel. Munson would be the only black member if elected to her position.

The school board is responsible for establishing budgets and laying out policies for governing 78 schools serving more than 49,000 students. In the past year, the district has been plagued with a scandal involving elevated lead levels from plumbing in drinking water.

Munson developed her skills as an educator after graduating from the University of Oregon. Her first assignment was serving as a fifth-grade public school teacher in the South Bronx after being recruited by Teach for America, a nonprofit which seeks to develop future educational leaders.

“I spent my time there really striving to build a learning environment for all kids to be successful,” Munson told the Portland Observer in an interview. “My intent was to ensure that they all ended up in high school already thinking about college.”

Munson says that her desire to decrease disparities between students in the school system has driven her career.

“My work as an educator has been really focused on educational equity,” she explained.

After finishing out a two year tenure with Teach for America, Munson joined the Knowledge is Power Program, a nationwide group of pubic charter schools aiming for higher graduation rates and college readiness.

“I was drawn to the college focus,” Munson said. “I worked in similar communities, where students have been historically underserved. I’m proud of that work.”

Under Knowledge is Power, Munson spent seven years working as a teacher and later as a principal, both in Houston and Los Angeles.

After coming back to Portland to be closer to family, Munson said that she became dismayed by the status of Oregon’s educational system.

I started reading newspaper articles about the low graduation rates, and I started to feel more convicted about what was happening here,” said Munson, adding, “this is my home!”

Munson says that she is running for the board position because she believes that she can help optimize the way that board members communicate.

“I want to bring my leadership to the board,” she explained. “It’s critical for there to be a more collective orientation to board leadership.”

Portland’s school board has been beleaguered by months of infighting as the district reels from its ongoing lead crisis, which also spurred a fumbling search for a new superintendent. The former superintendent, Carole Smith, stepped down from the position in July following reports that she mishandled the district’s environmental woes.

“The board is not functioning at the highest level it can,” said Munson. “That’s impacting the health of the district.”