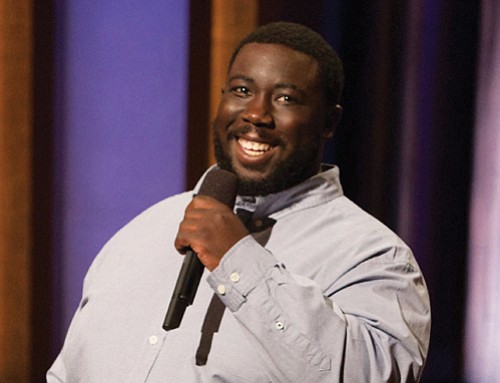 An actor and comedian making a splash on the national stage will land in Portland this holiday weekend for Minority Retort, one of two Hollywood Theater stand-up comedy showcases planned for this year featuring comedians of color.

Gborie made his TV debut last year on the Viceland TV series Flop House and has since appeared on Conan. Originally from San Francisco, he has appeared at The Bridgetown Comedy Festival, the SF Indie Fest, and Denver’s Too Much Funstival, as well as the SF Punchline, The Denver Comedy Works, and other impressive venues.