Past and future intertwined in Hill Block development 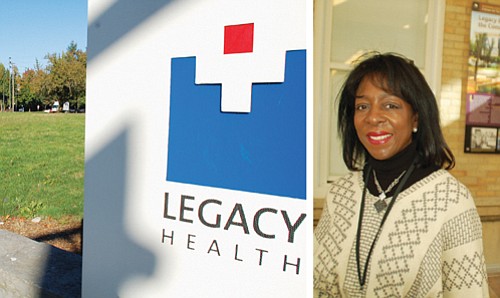 Vicki Guinn, a public relations manager at Legacy Health, oversees the community outreach into plans to develop a vacant lot next to Legacy Emanuel Hospital for community use while acknowledging the black community that was displaced from the site decades ago. Danny Peterson/The Portland Observer