The Pen is Funnier than the Sword 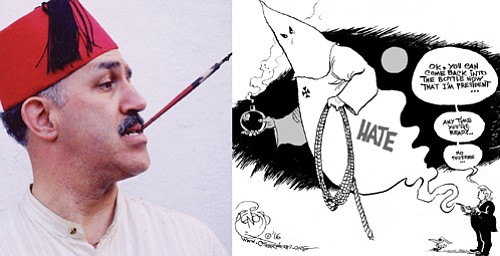 Political cartoonist Khalil Bendib, left, is known for tackling issues of Islamophobia, immigration and racial justice in America. A regular contributor to the Portland Observer and other newspapers across the country, Bendib will give a talk ‘The Pen is Funnier than the Sword,’ at First Congressional Church, downtown, on Sunday, Oct. 29 at 3 p.m. His editorial cartoons are part of an exhibit now showing at the church’s ArtReach Galley.