District wants Humboldt for another program 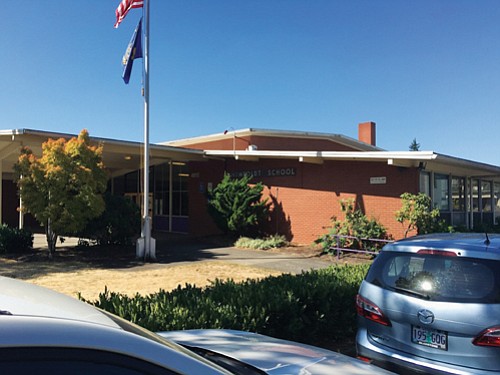 The Portland School District is looking to end the housing of a public charter school serving predominately black and disadvantaged families at the former Humboldt Elementary School in north Portland with a focus option school for gifted children that are 70 percent white.

A proposal by Portland Public Schools would displace KairosPDX, a public charter school of predominantly black kindergarten to fourth grade students, with ACCESS, its focus option school for gifted children that are 70 percent white.

KairosPDX is located at the former Humboldt Elementary School on North Gantenbein Avenue and just south of Alberta Street. The school’s curriculum is aimed specifically at closing the achievement gap for students of color and other disadvantaged students. Kali Ladd, the executive director of KairosPDX, said the move would be detrimental to their mission.

“This is the heart of the black community,” Ladd told the Portland Observer.

The proposal, if passed, would not go into effect until the 2018/2019 school year. Finding a future location for KairosPDX or deciding where current students will get distributed, is still undetermined.

“We’ve looked at many options and there’s none that are move-in ready right now,” Ladd said.

A recent report by ECONorthwest estimated that Oregon is losing out on nearly $2 billion of revenue per year because of its lack of programs and progress in closing an achievement gap affecting Latinos, African Americans, and Native Americans in public schools. Proven techniques to help close the gap are year-round education and hiring top performing teachers, both of which are practiced by KairosPDX. The charter school even got a grant in their first year to train other PPS teachers in culture-responsive education, to high evaluations, Ladd said.

“We are offering an option for African-American children that’s really focused on celebrating their culture, affirming who they are, and providing a quality of education that help them be successful and thrive in the future,” Ladd said.

Michael Crenshaw, a professional rapper and parent of a KairosPDX student, is concerned the move will negatively impact his child. He looked at three schools with his daughter before landing on KairosPDX, the only place his daughter felt comfortable. Now, she thrives there.

Crenshaw said he supports KairosPDX remaining at its current location.

“The fact that Kairos serves a population that have historically not been served, to me, that aspect means we have to support Kairos and the stability of Kairos and its students even more,” Crenshaw said.