A No-Brainer Way to Bring Gun Deaths Down 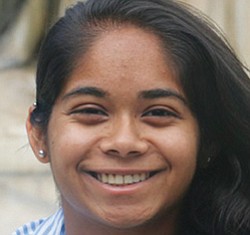 It’s now been just over a month since 17 teenagers were gunned down at Marjory Stoneman Douglas High School, culminating in a march that brought nearly a million people to the capital. Yet Congress is still dragging its feet on guns.

While Republicans and Democrats gridlocked over the best way to prevent shootings, the Oregon Legislature took action to prevent a particularly deadly form of gun violence — and it didn’t involve arming teachers or outlawing AR-15s.

Just one day after the devastating Valentine’s Day shooting in Florida, the Oregon House of Representatives passed a bill to close what’s called the “boyfriend loophole” in its gun laws. The new law will prevent anyone from buying or owning a firearm who’s been convicted of stalking or domestic violence, as well as people with active protective orders against them.

While federal law is already supposed to prevent gun ownership by domestic abusers, the law’s outdated definition left out those who didn’t live with or have children with their victims — hence, the boyfriend loophole.

While this news received relatively little coverage, it’s a huge step forward and will unquestionably save lives. Over 1,000 women are murdered each year by current or past husbands or partners — that’s three women a day or one woman dead each time you sit down for a meal.

And though the story of the battered wife is not an unfamiliar one, a recent study at the University of Pennsylvania found that over 80 percent of intimate partner violence incidents reported in 2013 involved current or past dating partners, while current and past spouses accounted for less than 20 percent of incidents.

As Americans continue to get married later and less frequently, the nationwide population of unmarried adults will grow, which is why closing the boyfriend loophole should be a top priority for lawmakers across the country.

Oregon’s new law makes it the 24th state to officially close the loophole, but there’s still much work to be done. The federal law prohibiting gun ownership for abusers doesn’t actually outline a mechanism for them to hand over weapons they already own.

Twenty-seven states require convicted abusers and those subject to protective orders to relinquish their firearms, but only half of those specify whom the weapons should be given to. And just four require law enforcement to proactively remove guns from offenders rather than wait for them to be turned in.

Meanwhile, 13 states have no laws at all to prevent domestic abusers from owning or buying new guns. Six of those states are in the top 10 with the highest rates of gun deaths.

Reps. Debbie Dingell, D-Mich. and Dan Donovan, R-N.Y., along with Sen. Amy Klobuchar, D-Minn., have introduced legislation to close the boyfriend loophole on the federal level. But that alone won’t be enough to ensure that abusers don’t have access to deadly firearms.

We need thoroughness and uniformity across state lines. We need specific systems to remove weapons from dangerous people, including laws allowing law enforcement to seize weapons found while responding to reports of intimate partner violence.

We need legislation requiring law enforcement agencies to report offenders for inclusion in the National Instant Criminal Background Check System. And, of course, we need universal background checks on all gun sales, no matter where they occur.

Survivors everywhere deserve support, security, and peace of mind, and it’s long past time our laws reflect that fact.

Aniqa Raihan is a writer, activist and community organizer with a focus on violence against women. She led a movement against campus sexual assault at the George Washington University. Distributed by OtherWords.org.