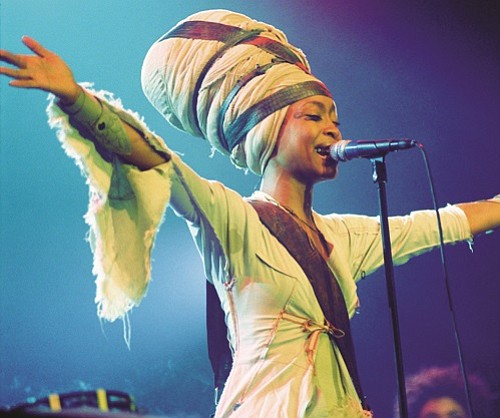 Grammy-winning singer-songwriter Erykah Badu will kickoff Portland’s Soul'd Out Music Festival when she performs Wednesday, April 18 at the Arlene Schnitzer Concert Hall. The festival runs through Sunday at venues all over town.

Now in its ninth year, the Soul'd Out Music Festival opens its five day run of soulful music this week, bringing jazz, funk, electronic, fusion and hip-hop artists from around the world to some of Portland’s coolest venues.

The festival opens Wednesday, April 18 with Grammy-winning singer and songwriter Erykah Badu, the “Godmother of Soul,” performing at the Arlene Schnitzer Concert Hall, downtown. The group R&R=Now will open the show at 8 p.m.

On Thursday, April 19: Natasha Kmeto, Maarquii, and Siren and the Sea will perform at the Holocene. On Friday, April 20, Noname, BJ the Chicago Kid, Gus Dapperton, and Fountaine will headline a show at the Crystal Ballroom; and the Rebirth Brass Band performs at Revolution Hall. On Saturday, April 21, Cubanismo and the Tezeta Band perform at the Star Theater; and on Sunday, April 22, De La Soul, Silent Heroes, Lilla and DJ O.G.One are featured at the Roseland Theater and Wyclef Jean stars at the Wonder Ballroom.

For a complete Sou’ld Out Music Festival schedule, visit souldoutfestival.com/#schedules.