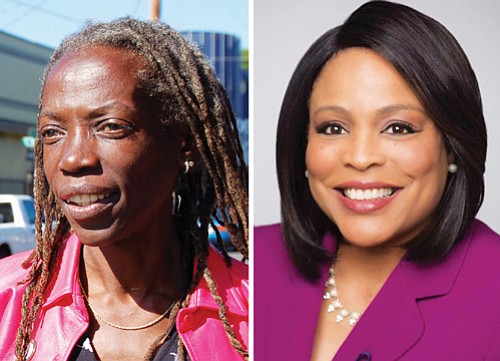 The first public forum featuring two candidates running for a Portland City Council seat that is poised to become the first one held by African-American female in Portland’s history will be held Tuesday, Aug. 14 at 7 p.m. at McMenamins Crystal Ballroom, downtown and sponsored by Portland’s public forum series Race Talks.

Jo Ann Hardesty, a long time civil rights activist and former state representative, and Multnomah County Commissioner Loretta Smith, advanced from the May Primary to compete in the upcoming November General Election for the elected position.

The forum will be joined by moderator Tricia Tillman, the former director of the Multnomah County Department of Health. Admission is free and the event will be open to all ages.

As part of the series Race Talks: Opportunities for Dialogue produced by Donna Maxey, which supports interracial and cross-cultural communication, the forum will feature an opportunity for audiences to hear from the candidates and then have the opportunity to ask questions.

The event had a venue change from McMenamins Kennedy School in northeast Portland to McMenamins Crystal Ballroom on 1332 W. Burnside Street. More information can be found crystalballroompdx.com.