A Zest for Life and Love for Her Family 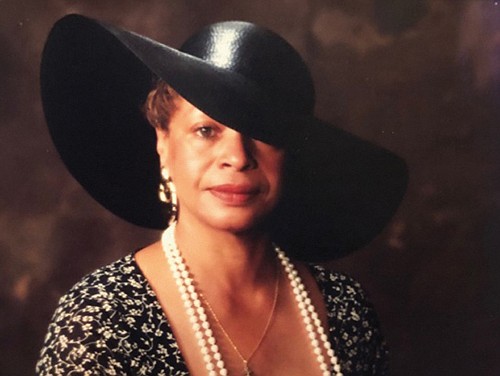 Gary Ann died Dec. 4, 2018. She was born on July 28, 1946 in Vanport, the fourth of eight children born to O.C. and Birdie Lee Taylor. In 1964 she became a proud graduate of Jefferson High School. She moved to Los Angeles and in 1965 welcomed her first born child, son Devin Bass.

She returned to Portland, completed business school and embarked on a long lasting career with the Portland Observer. Later she went on to become a manager at Fred Meyer where she worked until her retirement.

In 1986 Gary Ann welcomed daughter Memory Ann Taylor. Five years later, she met Charles J. Stroughter, the husband with whom she raised Memory and spent the rest of her life.

With her undeniable beauty and bold personality Gary Ann left a lasting impression on all who had the pleasure of knowing her. When asked to describe herself she would often simply and loudly proclaim “I’m a Leo.” Strong, boisterous, majestic and fierce she perfectly embodied the traits of her zodiac sign and so much more. She was not just the life of the party but often the party itself.

Gary Ann had a zest for life matched only by her love for her family and friends. Though she stood only 5 feet 5 inches in height Gary Ann always seemed larger than life. With a smile that could be seen from a mile away, a voice that could never be mistaken and presence that commanded the attention of everyone in the room, she was often the center of attention anywhere she went.

She loved to laugh, travel, shop and cook for her family. The fondest memories of her for most, likely involve a meal she cooked for them. No matter the circumstances she was always happy to cook for anyone who wanted to eat.

A daughter, sister, mother, wife, Gary Ann was so much to so many but undoubtedly the most coveted role in her life was that of grandmother. “Danny” as she was affectionately named by her grandson Kayden, loved to care for and spoil her grandchildren.

Elegant, charming, lively, glamorous and so much more, Gary Ann Taylor was truly one of a kind and will forever be missed.