Ushering In a New World Community 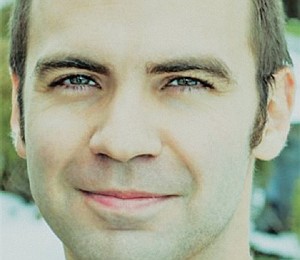 It is unfortunate that in the 21st century we are still subjected to the kind of propaganda that positions white people and white men in particular as the chosen ones of history and, indeed, the future.

It’s no secret that white nationalism is resurgent under Trump, who recently identified himself as a “nationalist” as opposed to someone who cares about all the world’s citizens. It is far from a stretch to assume that this was a signal to his base and that the only reason he left out the word “white” is because even he’s not prepared to go that far — at least not yet.

His far-right supporters likely got the message, and some do not even bother with coded language — e.g. the Rise Above Movement or the Proud Boys — while others hide behind a pseudo-intellectual veneer. Racist views have become so mainstream that even a black teenager shamelessly disparaged her own race on a recent episode of Dr. Phil.

I recently came across a disturbing yet significant example of white nationalist ideology and was shocked to recognize its author from an old social circle. I omit his name because my goal is not to single out an individual but an ideology. His writings were not an example of a lonely voice shouting through the wilderness — or I would not bother to comment. I fear that his is a view shared by many white men and the women who rely on them from all social strata. The Trump administration and its supporters would doubtless approve.

His talk of the so-called ‘white man’s burden’ is a dark remnant from a past that lurks at the highest levels of government in the United States and currently threatens much of the world. Brazilian President-Elect Jair Bolsonaro, advised by ex-Trump handler Steve Bannon, is the latest political triumph of white nationalism. This is an ideology that promotes imperialism as a Social Darwinian imperative and confuses civilization with barbarism: its proponents fail to see that it is an indictment on a race if that race succeeds by riding the backs of others — not a source of pride.

I propose another burden that is far more noble: the burden of justice. White men and women have an opportunity to (finally) break their own chains of oppressor status in an increasingly interdependent world. They have access to information that can lift them out of ignorance and toward a new enlightenment that goes beyond reformation within Western societies and emphasizes how the privileged center can relate more peacefully and justly to those on the margins.

Moreover, in the information age the very concept of whiteness (or race, for that matter) is evolving into one that is far more dependent on ideology or self-identification than physical appearance or genetics. This is a positive development in the sense that many people — myself included — no longer feel the need to identify with an exclusive club based on pseudo-science and primitive tribalism.

Given the complexity of genes that make up an individual, it would make just as much sense for a white man to identity with Genghis Kahn, Cleopatra, or some primordial super-ape as it would be to identity with Julius Caesar. Human accomplishments and failures belong to humanity because nothing happens in perfect genetic isolation. (Don’t take my word for it; read the acclaimed writer Ta-Nehisi Coates’s Between the World and Me.) But this is not to say that all cultures or peoples are identical — it’s the concept of interdependence that white nationalists fail to grasp.

Unlike the extremes on both sides of the spectrum, I am not one who believes that any skin color represents good or evil — or that the answer to history’s inequities and inequalities is to condemn the ancestors of those who came out on top. There is more rage than logic behind these views. However, justice must be done for the benefit of humanity: white, black, brown, red and yellow. It is the lack of justice that not only stokes the rage at the bottom, but also buttresses the fear at the top. The rise of Trump was predicated on this fear. But rage alone will not defeat him.

True justice will not only usher in a new world community that includes everyone while respecting differences — but will also ensure that burdensome white men will never again have to justify their privilege.

Matt Johnson, syndicated by PeaceVoice, is co-author of Trumpism.