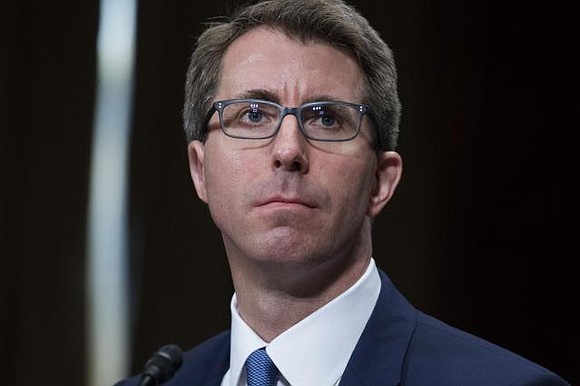 Federal prosecutor and Oregon native Ryan Bounds has come under fire for making racist, sexist and homophobic attacks on multiculturalism back in college, and although he apologized Friday, his nomination from President Trump for a lifetime appointment to the U.S. Ninth Circuit Court of Appeals still reflects who is today, according to the activist group, Alliance for Justice.

The alliance sent a “snapshot” report to media earlier this month stating that while a student at Stanford University in California back in the 1990s, Bounds complained in opinion pieces that “race-focused groups” should not be allowed on campus and used racist and offensive language to describe people with backgrounds and beliefs that were different from his own.

The group also claims that Bounds wrote “condescendingly and dismissively” about sexual assault on college campus and that alleged perpetrators should be punished or expelled only if their guilt is “beyond a reasonable doubt,” the same words the president used when defending a recently-dismissed West Wing staff member.

The writings reveal strong biases that call into question Bounds’ ability to fairly apply the law and dispense even-handed justice to all, the Alliance for Justice wrote in their Feb. 2 report which is available online at afj.org.

Bounds, 44, responded to the claims on Friday in an email to the Multnomah County Bar Association’s Committee on Equity, Diversity and Inclusion, a panel he chairs, apologizing for “misguided sentiments” in his youthful writings.

In a copy of the email obtained and shared by the Oregonian, Bounds said the remarks no longer reflect his views and called them “ill-considered, tone-deaf, and mortifyingly insensitive pronouncements of one’s youth.”

If confirmed, Bounds, an Assistant U.S. Attorney for Oregon, is predicted by some to become the president’s standard-bearer where immigration rights are concerned. Others are concerned that the administration is packing federal courts with right-wing justices who can hobble progressive objectives for decades to come. But for some — Oregon Sens. Jeff Merkley and Ron Wyden included — the way Bounds was nominated is even more troubling because they were left out of the process.

But Wyden and Merkley made their feelings about Bounds abundantly clear:

“After the committee finished its work, we learned that Ryan Bounds failed to disclose inflammatory writings that reveal archaic and alarming views about sexual assault, the rights of workers, people of color, and the LGBTQ community,” they said. “While we have followed through on our commitment to forward to the White House the names reported by the committee, we do not believe Mr. Bounds is a suitable nominee for a lifetime appointment to the bench.”

Bounds, who grew up in eastern Oregon, was first nominated for the Ninth Circuit by President Trump last year, but the year ran out before his nomination could come up before the Senate Judiciary Committee. This was after the administration ignored Merkley and Wyden’s call to nominate U.S. District Judge Marco Hernandez for the post, as well as their lack of endorsement for Bounds.

Instead, the president accepted the recommendation of Bounds by Walden, Oregon’s lone Republican congressman. Bounds was re-nominated again last month, again without consulting the Oregon senators, who have continued with their own bi-partisan committee’s process of considering nominees.

Trump, as he promised on the campaign trail, appears to have delegated court nominations to the conservative think tank, the Federalist Society, defined on its website as, “a group of conservatives and libertarians dedicated to reforming the current legal order…to say what the law is, not what it should be.”

Gil Carrasco, a law professor at Willamette University, an expert in the law as it pertains to civil rights, immigration and the constitution, said the tradition that the administration consults with home state senators when considering a judicial appointment has its underpinnings in Article II of the Constitution and sidestepping that process is a troubling break.

“It is disturbing that this White House has affirmatively chosen to ignore a tradition that has existed in Oregon for over two decades,” he said.

Carrasco also hinted that Bounds’ appointment reeks of nepotism. “This departure from our longstanding tradition is particularly problematic given that Ryan Bounds' sister is the chief of staff of Representative Walden.”

Tung Yin, law professor at Lewis & Clark Law School, said he doesn’t give a lot of weight to things that Bounds wrote when he was in his late teens or early 20s.

“I don’t think it’s irrelevant, and he would certainly be asked about at confirmation hearings,” he said.

The problem with Bounds is that it’s difficult to know where his sentiments lie since he’s never been a judge and “doesn’t have a paper trail” of judicial rulings to survey, according to Tung.

“If somebody is so far outside the mainstream, if they’re too extreme, they won’t get confirmed,” he said. “But it’s hard to tell with Bounds.”

But it’s not hard to tell the effect of the administration’s tactics for Lena Zwarensteyn, director of strategic engagement of the American Constitution Society, which follows a progressive agenda.

The administration is “trying to achieve through the courts what they can’t achieve legislatively,” she said, by making lifetime appointments to relatively young, white male conservatives to district courts throughout the country.

“The president touted throughout the campaign his Supreme Court list, overturning Roe v. Wade, (his views on) the Second Amendment, and a bit of a hostile role toward consumer interests, clean air, clean water,” she said. At the same time, he is attempting to “de-diversify the federal bench.”

“Obama nominated women and people of color,” she said. “We are a very large, diverse community and that does need to be represented on the bench, for the public’s trust of the bench, to see people who reflect them on the bench,” she said. “This administration does not see that as a great benefit.”

According to a January article by the McClatchy news service, there are five vacancies on the 9th Circuit and two more will open up in the coming eight months and could dramatically affect the makeup of the liberal-leaning court. “That means Trump could significantly influence the West Coast judiciary by nominating the type of young, ideologically conservative judges he has tapped for other courts,” the article states.

Zwarensteyn says these moves by the administration are “scary” because Trump’s appointments to these lifetime positions can outlast anyone currently holding office.

“It’s one thing to nominate predominantly white men, but it’s another thing to nominate white men who have made hostile comments about marginalized and diverse communities who want to feel like they have a fair shake,” she said. “It’s pretty terrifying but also a time to look at who we want in these offices.”