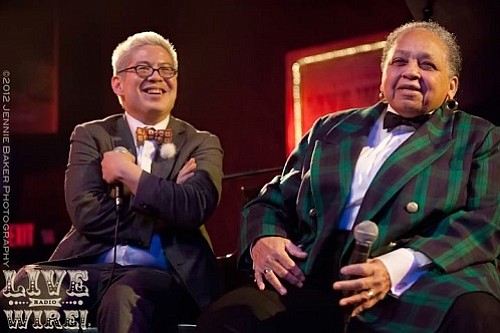 Civil rights leader Kathleen Saadat (right) sits with Pink Martini founder Thomas Lauderdale after a Live Wire Radio musical performance on North Mississippi Ave. in 2012. Saadat collaborated with Lauderdale and members of the renowned Portland jazz band to produce ‘Love for Sale,’ a debut album of jazz standards. The cd is celebrated on March 1 when an album release party takes place at the Aladdin Theater in southeast Portland. Jennie Baker

Longtime Portland civil rights leader Kathleen Saadat has a hidden musical talent that the rest of the city is about to experience. A respected and admired advocate for African American, women, and gay and lesbian rights since the 1970s, Saadat has a debut album of jazz classics “Love for Sale’ coming out on March 1. The recordings were made with long time friend, Thomas Lauderdale, founder of the internationally renowned Portland jazz band Pink Martini.

The two serendipitously met back in the summer of 1991 when Lauderdale got a job working at City Hall between his junior and senior years in college and was supervised by Saadat who was an assistant to the office of former City Commissioner Gretchen Kafoury. 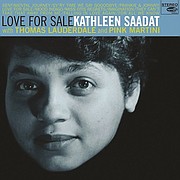 The soulful voice of Kathleen Saadat is captured in ‘Love for Sale’ a new debut album of jazz classics with Thomas Lauderdale and Pink Martini.

Before forming his multi-million record selling group, Lauderdale, who was born in Oakland Calif., was on track to a budding political career as a Grant High School student in Portland and later as a Harvard student in his early 20s.

“I guess the thing I remember first about Thomas was his enthusiasm and his sense of humor and great spirit. And I liked him immediately,” Saadat remembered.

The city office was in the midst of drafting a civil rights ordinance to prohibit housing discrimination against gay and lesbian people and to protect families and individuals denied housing based on legal sources of income like housing assistance, a first of its kind for the city.

Lauderdale was learning to build coalitions in support for the ordinance, under Saadat’s tutelage, when he heard her melodic singing fill the office; she had a habit of singing while she worked.

“I loved her voice. I loved the way that she phrases every single word,” Lauderdale said. “It's as telling and meaningful as any of her speeches that she gives at a rally.”

Originally from St. Louis, Mo., Saadat graduated from Reed College in Portland in 1974 with a degree in psychology and made history as one of the organizers of Portland’s first gay rights march in 1976.

Over the years she has supported organizations such as the Freedom Socialist Party, Radical Women, Lesbian Community Project, the African American Alliance, and African Americans Voting No on Nine—a 1992 ballot measure that would have permanently made members of the LGBTQ community in Oregon second class citizens.

“It's always been, for me, a matter of helping people to learn that they have a voice and how to use it,” she said. “Helping people to understand that if we are not united in our efforts, we will fail.”

Saadat has worked at all levels of government, including supervising compliance with federal employment and training laws, directing Affirmative Action programs in the state and city; as diversity director for the Cascade AIDS Project; and as chair of Portland’s Community Oversight Advisory Board, the panel charged to help monitor reforms in Portland police practices. 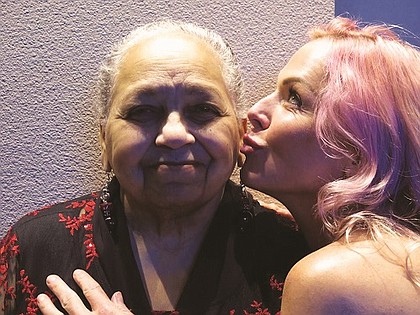 She has received lifetime achievement awards from the Portland Human Rights Commission, Portland PFLAG Black Chapter, Portland’s Equity Foundation, and from the World Arts Foundation, among many other accolades. Last year, she was a commencement speaker at her alma mater, Reed College.

Lauderdale had been trained in music since he was a child. The formation of what became the multi-award winning, genre-blending musical group Pink Martini, led to the group’s support for political causes like the environment, affordable housing, civil rights, libraries and public broadcasting.

“At a certain point I realized that it was probably more fabulous to play music, tour around the world, make people happy, raise funds for various funds that I believed in, that the band believed in, than working under fluorescent lighting, having to face angry constituents everyday and not getting any applause at the end of the day (laughs),” Lauderdale said.

Since its inception in 1994, Pink Martini has remained committed to its progressive roots, performing multi-lingual songs across international stages, and continuing to perform at rallies in support of various causes, including a 2011 rally in downtown Portland by supporters of the Occupy Movement against social and economic inequality, in which Saadat was a speaker.

Saadat calls Lauderdale, “A warrior of diversity, for inclusion, for people knowing that they can get along and that music is a healer for all of us.”

Saadat began dropping by Pink Martini’s headquarters for casual sessions around Lauderdale’s piano in the mid 2000s. They even performed together sporadically, beginning 10 years ago for a Bill and Ann Shepherd Legal Scholarship fundraiser at the Old Church, downtown.

For the past six years, Saadat and Lauderdale have been recording album tracks in between Pink Martini’s other records, originally meant as a small project for Saadat to give to her friends and family. It’s since ballooned into an ambitious project in its own right that the two hope will reach well beyond Saadat’s personal circle.

Since they started recording the album, their performances have grown to more than just casual drop-ins or charity events, with Saadat and Lauderdale performing for nationally syndicated Live Wire Radio in 2012 and with Pink Martini for New Years Eve at the Arlene Schnitzer Concert Hall this past year. They’ve been playing back to back shows in Palm Springs this month, in anticipation of the album.

“I was amazed at how intimidating a microphone can be. That's not my experience when I do public speaking,” Saadat said. “It's a much more emotional experience and you're putting out your emotions. It’s like you're taking your clothes off in public.”

Saadat said she came from a family where everybody sang as a form of camaraderie at church, at home, and on road trips. She picked up many songs from her grandma, who sang pre-World War II songs, folk songs, and hymns. The habit stuck ever since, but she said performing in front of a packed house at a concert venue is still something she’s getting used to.

“I was nervous the first time and I'm nervous this time...every time. But I’m looking forward to it. I expect people to have fun,” she said. 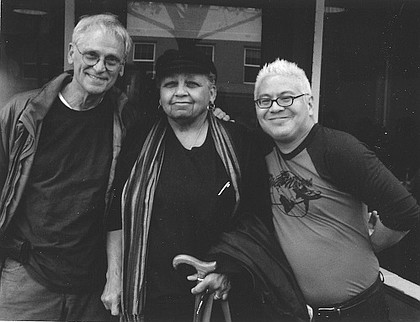