Game changing social thriller the best of the best 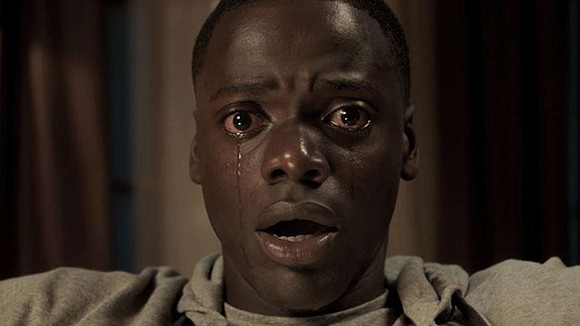 As usual, the more than 150 films I saw this year includes almost all of those that populate most critics' top 10 lists. My own list of the year's best films includes some overlap -- but five of the films on my list were virtually unrecognized by critics. I'm left savoring a game-changing social thriller, two important documentary examinations of systemic injustice, an animated celebration of Mexican culture, an achingly beautiful love story, a biopic that breaks the mold, and four features that engage mightily with stories of the marginalized. So here's the whole list, with fuller descriptions below:

7.Call Me By Your Name

(1) The top of my list has been reserved for "Get Out" since I first saw it last spring, and every one of the many times I have seen it and thought about it since. Not since "The Matrix" has a film spoken so cannily about the things I experience most profoundly; it would not be an exaggeration to say that I think about "Get Out" (as I do "The Matrix") literally every day -- it helps me make sense of my world, gives me ways of explaining things I could never quite explain before. It irks me to hear what much of the mainstream press says about this film (such as referring to it as "Jordan Peele's film about racial paranoia")--and yet that very blindness is a manifestation of the so-far intractable dynamics of racism that Peele has illustrated so astutely. His film is an achievement in originality and visionary writing and directing without any parallel, and Daniel Kaluyah has more than earned the title of best actor. Like the very best films, "Get Out" deserves to be named Best Picture for reasons we are not yet ready to understand. You can find my original review here. (Rated R for violence, bloody images, and language including sexual references; nominated for, and should win Academy Awards for Best Picture, Best Director (Jordan Peele), Best Actor (Daniel Kaluya), and Best Original Screenplay; on at least 214 other critics' top 10 lists).

(2) "The Unknown Girl" is a thriller of the best kind; it captures some profound spiritual truth. It is the work of the Belgian writer-director brothers Jean-Pierre and Luc Dardenne, who make absorbing films about people facing ethical and moral questions at moments of crisis or loss. This is their best work yet, in my view, a suspenseful story about a young doctor, Jenny, coming face to face -- in a way that most of us avoid -- with the importance of facing the truth of one's actions.

Early in the film, Jenny is riding her intern hard about being too soft; she is feeling her power, about leave her practice working with struggling working-class people in order to accept an appointment in a prestigious practice. One night, just after office hours have ended, someone rings the bell of the office, and seems frantic; the intern moves to open the door but Jenny stops him, asserting harshly that the caller is too late. A few days later police inform her that a young woman was found dead near her office, and it turns out from the security tape that it was the woman ringing the bell.