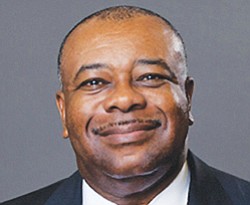 The Urban League of Portland Young Professionals, a volunteer group helping build a pipeline of young new leaders who consider Portland as their home, will host a free career and leadership discussion for young professionals on Tuesday, Jan. 23 at the Moda Center.

Co-sponsored by the Portland Trail blazers, the event will feature Michael Lewellen, an African American and Blazers vice president of communications, as guest speaker. The event, “Leadership Narratives, Transition Moments that Shaped my Career,” will start with a networking opportunity at 5 p.m., followed by a discussion and question and answer session with Lewellen.

The National Black Public Relations Society honored Lewellen in 2005 with its highest honor – the Founders Award – for his achievements in the public relations profession, one of many the honors he’s received throughout his career.