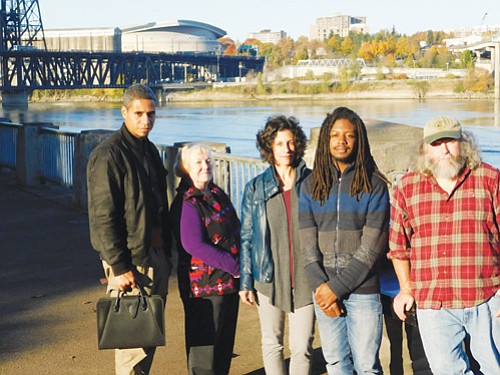 Community advocates are raising alarms to how the U.S. Environmental Protection Agency plans to evaluate future cleanup work as plans move ahead to isolate and remove decades of toxic pollutants from the Willamette River.

A sampling plan for the Portland Harbor Superfund site was supposed to track the progress of the cleanup by determining the levels of toxins and contaminants that continue to pass through the food chain from fish and wildlife, determining impacts from the cleanup work.

The EPA is moving to enforce the industries, governmental agencies and private utilities responsible for the pollution to pay for the cleanup, identified along 11 miles of waterway, from the Broadway Bridge, downtown, to nearly the river’s confluence with the Columbia River. The Oregon Department of Environmental Quality also shoulders responsibility for the cleanup efforts. The first phase of work is expected to take 13 years, with a total cleanup timeline that could take 50 years or more, and estimated to cost about $1 billion, Kevin Parrett, one of DEQ’s clean-up plan managers, told the Portland Observer.

The Portland Harbor Superfund Site covers both sides of the Willamette River from Portland’s Broadway Bridge to Sauvie Island, and covers areas that have served both historically and currently as centers of heavy industry.

In the Willamette’s current state, fish and wildlife can pick up contaminants from pollutants in the water and from the land, and public health department officials recommend that people limit consumption of resident fish, especially young children, women who are pregnant or plan to become pregnant in the future, and immune-deficient people.

A rough draft sampling plan released last June would have included sampling resident fish like carp and small mouth bass and wildlife like crayfish and the eggs from fish-eating osprey birds, as well as migratory fish like salmon and sturgeon.

That was a robust and comprehensive plan compared to a new sampling plan released by the EPA in December which is to only sample small mouth bass.

The advocacy group’s mission is to keep the clean-up efforts on track and to make sure the work benefits the community. Members are especially concerned about impacts on people who rely on the river for sustenance and the disproportionate impact of exposure to toxins in local African American, Native American and immigrant communities.

A group of companies with historical ties to steel making, chemical manufacturing, and iron works, identified as Schnitzer, Evraz, Arkema and the Marine Group were identified in EPA documents as the parties who negotiated with the agency to create the sampling plan.

Members of the coalition said the same companies met with EPA officials in secret earlier this year to try and delay clean-up efforts by many years. Their participation was only made public with the release of the sampling plan.

“The sampling plan that's emerged is problematic. We are definitely concerned that these four polluters were able to significantly weaken what we'd expected to see in the sampling plan,” said Bob Sallinger, a member of the coalition and the conservation director for the Portland Audubon Society.