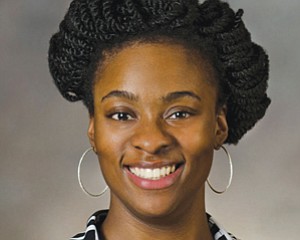 Oregon incarcerates young people and transfers them to adult court at a higher rate than almost any other state, according to a report released Tuesday by the Oregon Council on Civil Rights. In fact, Oregon youth face incarceration rates significantly higher than in Texas and Louisiana.

The report “Youth and Measure 11: Impacts of Mandatory Minimums,” includes specific reform recommendations for a more effective, fair and science-informed approach to youth involvement in the justice system.

Young people of color are disproportionately harmed by Oregon’s criminal justice system: In 2012, black youth were 26 times more likely to be indicted of a Measure 11 crime than their white counterparts.

In addition, the costs of Oregon’s system are high. The state can spend as much as nearly $100,000 a year per child to incarcerate Measure 11 offenders. The impact on young people can sometimes feel like a de facto life sentence, with lack of access to stable housing, higher education and employment due to barriers that impact their lives long after they have served their term.

“Youth charged under Measure 11 – even those who do not receive an adult sentence — face lifetime barriers to education and employment,” said Labor Commissioner Brad Avakian. “Oregon’s juvenile justice system brings high costs and poor outcomes. We should modernize our approach to better prepare young people to have a meaningful life after release.”

Dr. Alisha Moreland-Capuia, a physician, scholar and executive director of the OHSU Avel Gordly Center for Healing, stressed that while our understanding of brain science has changed, Oregon policies have not.

“Brain science tells us that for youth, the brain is still ‘under construction’,” said Dr. Alisha Moreland-Capuia. “Young people lack the skills to effectively navigate an adult criminal justice system that disrupts the development process at a critical stage. Oregon should join the many other states in recognizing the role of brain development in criminal justice reform.”

Youth charged under Measure 11 should not be automatically moved to adult court, but instead a judge should weigh the unique facts of the case before removing a young person from the juvenile system, the panel concluded.

Other suggestions include granting youth a chance for a second-look hearing after serving 50 percent of a sentence and boosting investment in anti-poverty safety net programs that promote family stability and decrease future involvement with the criminal justice system.

“Oregon can do more to improve public safety outcomes while giving young people a chance to thrive,” said Roberta Phillip-Robbins, chair of the Oregon Council on Civil Rights. “We hope to be a force to adjust our misguided approach to youth and Measure 11. It’s clear that we can make better use of taxpayer resources while improving public safety and reducing recidivism in communities around the state.”