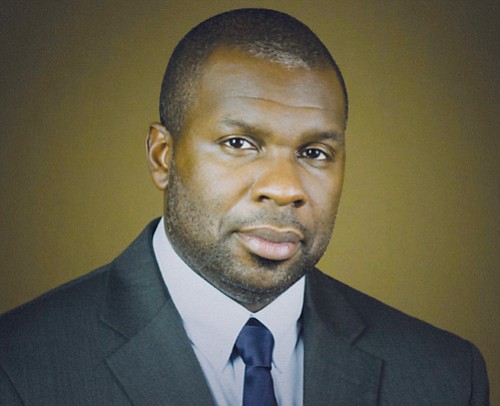 Henderson is a former Assistant Director of the Portland Bureau of Transportation and will bring a background in strategy and innovation to TriMet, leading the agency’s Transportation and Maintenance divisions, overseeing its Information Technology Division and providing leadership to the Safety and Security Division.

His top priority will be to ensure a commitment to policies and practices that demonstrate safety as the agency’s fundamental value, officials said. Additional responsibilities include providing critical transportation and urban planning leadership, oversight of the deployment of capital projects and development and oversight of the TriMet business plan.

Prior to joining the mayor’s office, Henderson worked closely with TriMet through PDOT, including efforts to help keep buses moving despite growing traffic congestion, while also enhancing pedestrian and cyclist safety.

He fills the position vacated when Kelsey was promoted to General Manager by the TriMet Board of Directors in March.

Since coming to Portland in 2015, Henderson has overseen a number of the city’s strategic opportunities and achievements including the creation and execution of a strategy for Mayor Wheeler’s new administration including policy priorities and key performance metrics.

He led Portland to a top three finalist position in the U.S. Department of Transportation/Vulcan Smart Cities Challenge, and partnered with government, private and academic agencies to streamline coordination and promote efficiencies at various levels of government.

Wheeler credits him for leading the recruitment and creation of the most diverse staff serving the mayor office in the city’s history; leading negotiations on behalf of the mayor and city for the employment contract of Portland Police Chief Danielle Outlaw; and leading the engagement with Legacy Health on behalf of the city and Prosper Portland to support the establishment of the Hill Block Project, a plan to develop a vacant block next to Emanuel Hospital in cooperation with the black community for which the block displaced decades earlier.

Prior to his work in Portland, Henderson served in a variety of top roles in the administrations of three Washington, D.C. mayors and worked as a top press aide to former Virginia Governor Tim Kaine.

Henderson joins TriMet as the agency prepares to launch its largest expansion of bus service in agency history while pursuing new opportunities to enhance the customer experience.

“Maurice has been a strong partner with TriMet and advocate for transit through his roles in the Mayor’s office and the Bureau of Transportation,” said TriMet General Manager Kelsey. “His innovative approaches, strategic thinking and demonstrated leadership will be vital at a time of expansive growth, change and technological advancement for TriMet.”