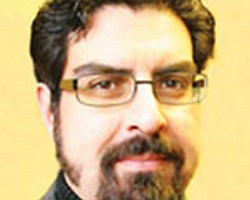 As I listened to the recording of immigrant kids crying because they were being separated from their parents, I heard the Border Patrol agent joke that they sounded like an orchestra without a conductor. My reaction was to wonder how anyone could be so cruel to the fear of young children. What could make a person so cold to that kind of pain?

The incident reminded me of philosopher Phillip Hallie who wrote about the concentration camps of Nazi Germany. Hallie pointed out that amid the daily horror of the camps, there were guards who had not been broken down by the constant show of degradation and would display kindness to the prisoners. They would share a kind word, or sneak an extra roll of bread to a starving person. Such examples are often used to argue that despite cruel situations, there might be solitary individuals who recognize the humanity of others. The Border Patrol agent laughing at children in terror doesn't seem to be one of those.

But Hallie warns that we shouldn’t narrow our focus on the morality of individuals or on episodic instances of cruelty or kindness when thinking of the concentration camps. In fact, a Nazi guard’s smile or an extra ration from the camp kitchen only works to remind the prisoners that there is a world in which people can be kind and people are treated with dignity, but they aren’t part of that world inside the camp.

Hallie argues that the way to comprehend the immorality of slavery or of the Nazi concentration camps is with the idea of “institutionalized cruelty”-- the way in that the individual infliction of pain and suffering becomes normal, justified, and everyday. The Nazi guards could kill, beat, starve, torture prisoners because they had lived for years with their leaders telling them that their country, and their own families, were threatened by enemies who were not quite human. Ordinary Germans tolerated the Nazi policies because they became convinced by Nazi rhetoric they were somehow morally better than Jews, and therefore, deserved to control and dominate them.

Recent public opinion polls suggest that 28 percent of Americans approved of the President’s policy of separating immigrant children from parents at the borders; among those identifying as Republican the approval shot up to almost 60 percent. These numbers indicate that more than 1 in 4 Americans think that there is an immigration crisis facing the nation that requires an extraordinary effort of cruelty to solve. How could they be convinced of that?

Trump started his presidential campaign in 2016 by railing against Mexican immigrants as dangerous criminals, assuring his followers that (only) some of them are good people. He continued this way of thinking at the beginning of this year, bemoaning that the only kinds of refugees we attracted came from “shithole” countries. Then he warned that our laws were letting in “animals,” having then to clarify that he meant specific MS-13 gang members and not undocumented immigrants in general. The ambiguity in Trump’s language might be attributed to lazy speech, but just this week he reiterated that immigrants want to “infest” our country. It’s clear that when it comes to immigrants, Trump relies on metaphors about animals, insects, disease, filth, and crime. It’s really not surprising that cruel policies follow such patterns of thinking.

Hallie pointed out that the remedy to institutionalized cruelty is not kindness but what he called “hospitality”—caring for the victim of cruelty in a way that removes them from the relationship of domination that makes them suffer. Hallie’s heroes were the people who sheltered runaway Jewish families and kept them out of the grasp of the Nazis. This suggests that what we need now is not just a reform to keep immigrant families together, but also a recommitment to assist refugees and asylum seekers and attention to the economic and political circumstances that are creating waves of migrants to our borders. And we need to stand up to the dehumanizing language from our leaders that hardens hearts and then, crushes bodies. Like Hallie’s heroes, we ought show kindness not only by alleviating the suffering inside the tent cities where immigrant families are being detained, but by making sure that such places don’t come to exist at all.