Courage and Political Will in the Gun Reform Debate 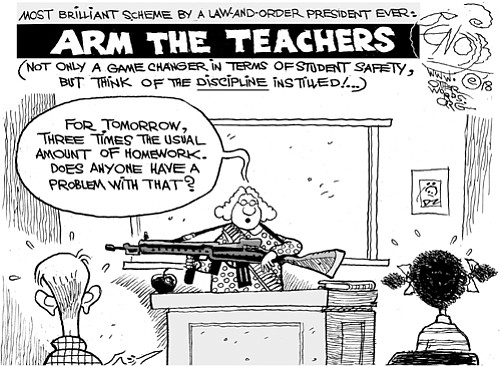 Nearly 20 years ago, in the wake of what was then the worst school mass shooting, I led a bipartisan group of mayors urging Congress to pass major gun reform legislation.

The Gun Violence Task Force of the U.S. Conference of Mayors, of which I was president, called for reforms including raising the minimum age for purchasing and possessing a handgun from 18 to 21, requiring background checks at guns shows and limiting gun purchases to one a month per individual.

As horrified as we were then, just after the Columbine shooting in 1999, we could not have imagined the next 19 years would bring not reforms, but even more lenient gun laws; another 200-plus school shootings, and more than 122 students, teachers and coaches slain.

The Everytown for Gun Safety coalition, to which National Urban League belongs, has tallied the number of school shootings so far in 2018 at 17. The number is disputed by those who believe accidental gunfire should not be counted, but what a tragic statistic over which to haggle.

Mass shootings garner headlines but gun violence kills an average of 96 Americans every single day. We need reform at every level. The National Urban League supports:

A criminal background check for every gun sale. States that require background checks for all handgun sales see about half the rate of firearm deaths among domestic violence victims, law enforcement in the line of duty and suicides, and about half as much gun trafficking in cities.

Renewal of the Public Safety and Recreational Firearms Use Protection Act, commonly known as the assault weapons ban. The AR-15 rifle, used in many of the deadliest recent mass shootings, uses 30-round magazines, allowing a shooter to fire about a hundred rounds per minute.

Keeping guns out of the hands of convicted domestic abusers. Half the women killed with guns in the U.S. are murdered by their partners – about 50 women every month. More than half of mass shootings involved the killing of a partner or relative.

Education, technology and laws that keep guns out of the hands of children. American children are 16 times more likely to die via gunshot than in other developed countries, usually as a result of playing with a gun in their own homes.

A strong federal trafficking law to crack down on illegal gun trafficking networks. Ninety percent of the guns found at crime scenes in New York City were originally bought out of state and brought to the city illegally. The current law that prohibits “selling guns without a federal license,” carries the same punishment as trafficking chicken or livestock.

For those of us who’ve long been engaged in the fight to reform our nations gun laws, the movement that has arisen in the wake of last month’s Parkland, Fla. shooting has brought both inspiration and hope.

Nothing stands in the way of common sense reform but our own lack of courage and political will. The teenagers of Parkland have both.