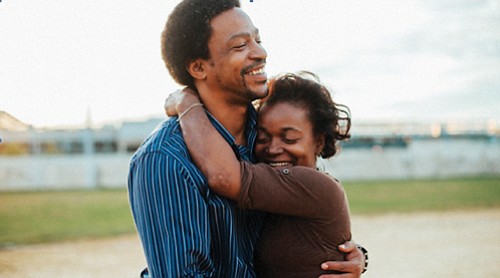 An intimate portrait of an African-American family from Philadelphia, facing the same issues of inequality and neglect that plagues so much of America’s urban landscape, is captured in the documentary “Quest,” which gets a Northwest Film Center screening over three nights at the Portland Art Museum.

The Northwest Film Center brings one the year’s most incisive, tender portraits of life in America with the screening of “Quest,” a documentary that follows a black family living in Philadelphia during the Obama presidency.

The debut documentary, by film director Jonathon Olshefski, follows Christopher “Quest” Rainey, a pillar of the local hip-hop community who uses his basement studio to give young rappers a shot, while his wife Christine’a (“Ma Quest”) works at a local health care facility. Their studio space acts as a refuge from the harsh streets, but those same streets send the family into crisis at points, as random violence affects their lives.

In the end, however, the Raineys’ strong familial bonds rise above, and Quest—shot over a 10-year period—gracefully lets us in on a look at one family’s deeply felt experience of this historic period in American life.

‘Quest” shows at 7 p.m. on Friday, March 10, Saturday, March 10 and Sunday, March 10 at Whitsell Auditorium at the Portland Art Museum, downtown. Tickets are $9 general, $8 for students and seniors and $6 for children.