Fear and Terror as a Normal Part of School 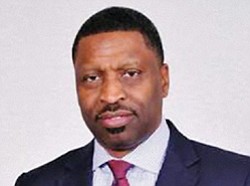 The results were both clear and staggering—there has not been a single mass shooting in Australia since 1996. Additionally, data shows that in the ten years following the Tasmanian massacre, gun-related homicides and suicides dropped by 59 percent and 65 percent, respectively. While there is still room for improvement, the immediate and directly correlative impact of Australia’s gun control reform demonstrates the potential of policy to promote peace.

Australia’s gun control intervention was not achieved without encountering significant opposition. Like America, Australia holds a near fetish-like obsession for rugged individualism, which caused many to resent the government’s action and to perceive it as an insult to gun owners and a breach of power. To be fair, a 28-day waiting period on gun purchases hardly fits the image of the reckless, rough-and-tumble Outback presented by media and movies. But, as President Obama praised in 2015, the Australian people ultimately united in favor of national safety and progress.

Australia’s success story is an example for us all. America will remain a deadly nation for our children, its schools caught in the crossfire, unless we insist politicians and the NRA curb their lobbyist efforts and allow the creation of policy that acts in the best interests of public safety. The solution is simple. America needs sane and sensible gun safety laws. The NAACP has spoken out, delivering a loud and clear message, on the most urgent and impactful policies pending, and we will continue to push and monitor federal action on these proposals.

The disproportionate impact on communities of color does make gun control a civil rights issue, but gun violence is a national issue and should be a matter of national concern. It is also a matter of freedom. Without sane gun laws, parents are faced with the daily and ever-present fear of another shooting at their child’s school that could have been prevented. All Americans deserve this freedom regardless of skin color, political affiliation, or zip code. This is one freedom that the NAACP is committed to fighting for.

Derrick Johnson is the president and chief executive officer of the NAACP.