Confronting a Violent and Tragic Legacy

Honored to participate in museum opening 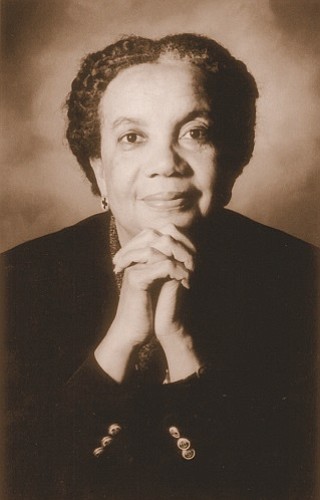 I was deeply honored to participate last week in the opening summit of the Legacy Museum and National Memorial for Peace and Justice in Montgomery, Ala. These profoundly moving new landmarks are the vision of Bryan Stevenson, the brilliant founder and executive director of the Equal Justice Initiative. Stevenson spent his professional life fighting unjust incarceration, especially death row cases, and fighting for racial justice in our criminal system. This has evolved to include the consuming determination to document, remember, and honor the victims of racial terror and lynchings in America – work now immortalized at this museum and memorial which I encourage everyone to visit and take your children and grandchildren with you.

The Equal Justice Initiative has identified more than 4,400 black men, women and children who were hanged, burned alive, shot, drowned, and beaten to death by white mobs between 1877 and 1950. They are honored here in a powerful and sacred outdoor space where their names and dates of death are engraved onto 800 steel monuments, one for every county where a racial terror lynching took place. Many of the monuments are suspended from the ceiling, literally evoking a hanging.

The museum and memorial are part of the organization’s mission to confront the truth about our history and as a first step towards recovery and reconciliation from the mass violence and legacy of slavery, lynching, and segregation. This confrontation of America’s original birth defects is desperately needed. Lynching, Jim Crow, and legal segregation were all part of a deep-seated pattern of racial subordination in America that lasted long after slavery ended and affects us still.

Today, racially skewed rates of gun deaths, school suspensions, corporal punishment, incarceration, illiteracy and poverty have become new ways of continuing the same old patterns. Kynchings may have stopped but the assault on black bodies, children, and communities has not and black opportunity still lags behind that of whites.

More than 150 years after slavery was legally abolished black children and teens are still being sentenced to physical, social, and economic death in our nation at astonishing rates. Between 1877 and 1950 at least one black person was killed by lynching every week on average among the 12 most active lynching states – Mississippi, Georgia, Louisiana, Arkansas, Alabama, Texas, Florida, Tennessee, South Carolina, Kentucky, North Carolina, and Virginia – and some of the most pronounced racial disparities today still exist in those states.

Consider a few facts: the black child remains the poorest child in America. In 2016, about 1 in 3 black children was poor and a black baby was born into poverty every 4 minutes. In 6 of the 12 states with the highest lynching rates black child poverty rates were at least 40 percent. Gun deaths remain the leading cause of death for black children and teens. A black child or teen is killed with a gun every 6 hours and 34 minutes. Between 1963 and 2016, 65,947 black children and teens have been killed by guns – more than 16 times the recorded number of lynchings. Where is our equivalent anti-lynching movement today to give our children a chance to grow up safely?

More than 80 percent of 4th and 8th grade black public school students could not read at grade level in 2015, and millions of black students still attend separate and unequal schools. More than 1 in 3 black students in the most active lynching states attended intensely segregated schools with at least 90 percent non-white enrollment in 2014. Black children are suspended from public schools at a rate four times greater than white children. Denied education is a block to success in our competitive nation and world. Inside schools, corporal punishment is disproportionately used to discipline black students. Corporal punishment is still allowed in all but one (Virginia) of the most active lynching states.

Our school system has also become a major feeder into the pipeline to prison, particularly for black children. A black child is arrested every one and a half minutes. In 2016, the juvenile arrest rate for black children was more than double that for white children. The 12 most active lynching states held almost half (44 percent) of the total share of all children in adult prisons in America in 2015. Police brutality continues as one more form of assault against black bodies. According to a database established by the Washington Post to track gun deaths at the hands of law enforcement officers, 750 black males – including 25 children – have been shot and killed by police officers since Jan. 1, 2015. This is more than the 654 African Americans killed in the most active lynching state, Mississippi, and more than double the number of African Americans killed by lynching in Alabama.

Confronting the violent and tragic legacy that preceded today’s inequalities is a critical step – one the Legacy Museum and National Memorial for Peace and Justice help our nation to take. The truth will set us free. But you and I must stand up and stop today’s unequal punishments of black and other people of color across our nation. Only the truth and vigilant action can truly make us free.

Marian Wright Edelman is president of the Children’s Defense Fund.