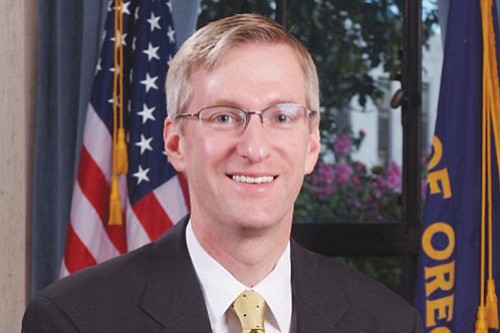 With the backing of Portland Business Alliance, Wheeler has proposed an increase in the city’s Business License Tax rate from 2.2 percent to 2.6 percent, which would add an estimated $15.3 million to the annual budget. Also proposed was an expanded tax exemption for small business owners to lighten their tax obligation.

The proposed budget includes $31.2 million to the Joint Office Homelessness services, a record breaking amount and 10 percent increase from last year, as well as funding for current and future affordable housing units being constructed.

“We understand that together we can do more to help people experiencing homelessness fund the shelter and services they need to get off the street, and that the ultimate goal is to move people out of shelters and into housing,” Wheeler said in a press release Monday.

The proposed budget would authorize the Portland Police Bureau to hire 52 additional officers and enhance the Behavioral Health Unit of the bureau, among other measures.

Wheeler cited a need for public safety officers to shorten response times for 911 calls, decrease an over reliance on police overtime, police officer fatigue, and a need to pivot to a more community-centered policing model.

Adding more revenue to the police budget was praised Monday by Portland Police Association President Daryl Turner, who called it a “move in the right direction.” But the activist group Critical Resistance rejected the plan, saying it would be better to “divert funding away from policing and into community resources,” like mental health and housing.

In a statement released Tuesday, Critical Resistance said it will convene with other advocacy groups, like Care Not Cops and Don’t Shoot Portland Saturday at Hughes Memorial United Methodist Church in northeast Portland to discuss community safety needs.

The proposed city budget will be decided later this spring after a public comment period and consideration and approval by the entire city council.