Author corrects myths about the holiday 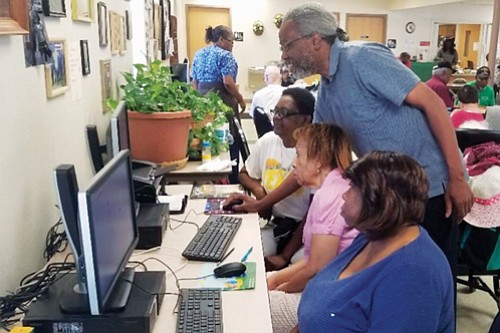 D.J. Norman-Cox (standing) teaches senior citizens in Denton, Texas how to locate Texas newspaper references to the Emancipation Proclamation, pre-Juneteenth. Norman-Cox’s book “Juneteenth 101” counters claims that news did not reach Texas until two and a half years after the proclamation was issued.