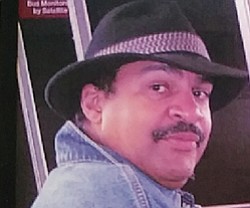 George attended Boise Elementary School in 1960 and also went to West Sylvan School in 1964. He graduated from Benson Polytechnic High School in 1973, where he was a 4-year letterman, and a major force in acquiring two basketball championships! He attended Mt. Hood Community College and then ventured on to Lewis-Clark State College in Idaho and Pacific University in Forest Grove.

The Mayes family is requesting that in lieu of flowers or plants, please send a donation to the “George M. Mayes Benefit Memorial Fund.” Individuals must walk into any Wells Fargo bank nationwide and give the name of the fund above to the bank teller to make a donation. If you prefer to write a check, please write it out to Marsha Carson and mail it in care of the Church of Good Shepherd at the above address. If you still wish to send flowers or plants, please send them to the church on Thursday, June 7, which is the day before the memorial service, from the hours of 8 a.m. to noon and 1 p.m. to 4 p.m.