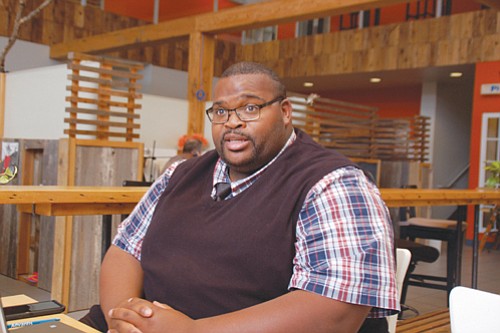 East Multnomah County is one of the most culturally diverse areas in the state, and also one of the poorest.

According to a recent report by WorkSource Portland Metro, full-time workers living in East Multnomah County earn 68 percent less than those to the west of 82nd Avenue and have the highest concentration of poverty in the entire state. Child poverty in East Portland and Gresham is 26 percent, while the rate is only 4 percent for neighborhoods on the west side of the Willamette River.

That reality has been the impetus behind push by the nonprofit East Metro Economic Alliance (EMEA) to transform the east county area by coordinating economic development with East Portland as well as the four cities that comprise the eastern end of the county – Gresham, Wood Village, Fairview and Troutdale.

Jarvez Hall, executive director of the alliance, said there are already dramatic job and business developments that promise progress, including the Port of Portland’s Gresham Vista Business Park, as well as Rockwood Rising, a large mixed-use development by the city of Gresham at a former Fred Meyer site. He said area governments, nonprofits and business entities have worked to advance the area economically.

“A lot of people don’t think that we make stuff, but actually in the east metro area, manufacturing is the single largest industry,” he said. “We have some large manufacturers there, like Microchip, and we have a lot of fab and prefab manufacturing. The Subaru plant, a distribution center for parts, just came on line and De Beers (Group) is actually going to manufacture (synthetic) diamonds out in Gresham. They just had a groundbreaking at the Vista Park.”

But coordinating future efforts between the many economic development entities in the region can have an even greater effect, says Hall, and could potentially have even more impact.

To that end, in the fall of 2017, Hall approached Dr. Sheila Martin of Portland State University’s Institute of Portland Metropolitan Studies, and Steven Ames, principle at NXT Consulting Group, to research, design and lead efforts with East County business and community leaders to look in-depth at the future of the area’s economic prospects.

The end result — which is really a beginning — was the first East Metro Economic Prosperity Forum held in May where an 18-page report was presented on the research by Martin and Ames, which was conducted with the help of graduate students.

The report “spoke to the needs of the area,” Hall said, and included demographics, housing, entrepreneurship and industry, work force education, transportation and land use.

According to the report, the four cities in East County are expected to grow by 19,000 new residents with an additional 28,000 new jobs by 2040. The forum is an effort to develop a strategic framework for economic development in the area, and the report states that its purpose is to promote a “collaborative, proactive approach in shaping the area’s long-term economic future.”

U.S. Rep. Earl Blumenauer, D-Portland, opened the forum, and speakers included Hall, as well as presentations by Ames and Martin on the results of their research. Forum participants then attended breakout sessions on the forum’s four focus areas. The sessions were rounded out with participants answering questions about the four areas from their perspective. Later in the forum, participants identified their top priorities for each focus area.