A new mission and a good fit for local leader 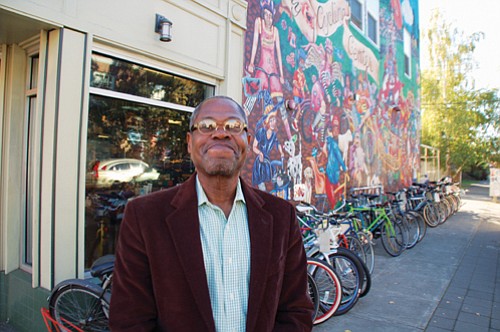 Craig Fondren, an award-winning community leader who has worked on housing and urban development in the past, is using his skills at fulfilling community needs as the new Community Program Manager at the Community Cycling Center, a nonprofit organization whose mission is to broaden access to bicycling for all Portlanders. Photo by Danny Peterson