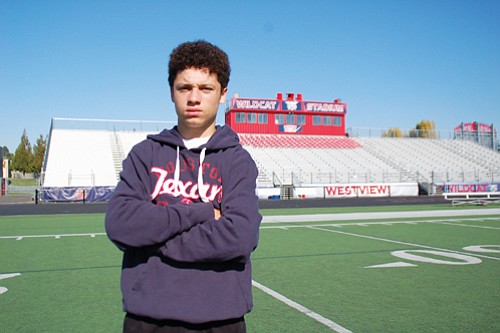 Cameron Keaton, now a junior at Westview High School, recalls the silence and shock he and other players had when his former freshman football coach at Sunset High School used the n-word in a children’s counting game to make a point. According to Principal John Huelskamp, the coach now understands that using the word was not appropriate even if under the context that he was trying to convey a story about progress against racism. Photo by Danny Peterson